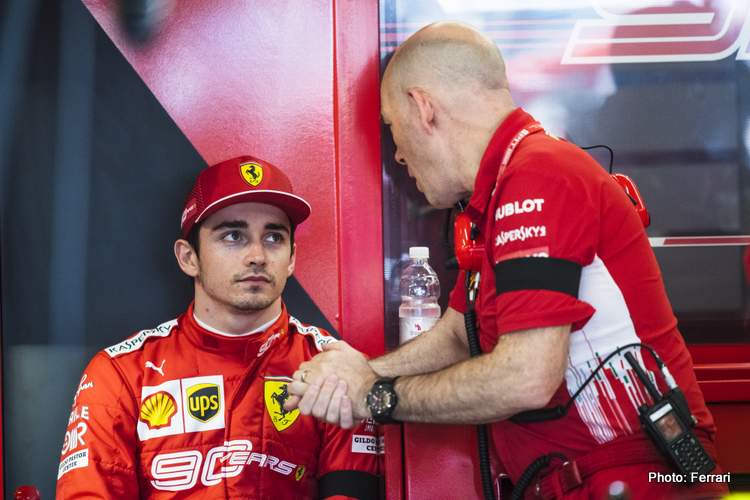 Mika Hakkinen was surprised by team orders dished out by Ferrari to keep Charles Leclerc behind Sebastian Vettel during the Australian Grand Prix, round one of the 21-race 2019 Formula 1 World Championship.

In the late stages of the race in Melbourne, Vettel asked his team over the radio where the power went but, like him, they were clueless to why the #5 car was so sluggish at that point while Leclerc gobbled up the gap between them.

When he approached his teammate Leclerc queried over the radio: “Do you want me to stay behind Sebastian? Yes or no?”
Engineer: “Yes. And back-off to have some margin.”
Leclerc: “Ok.”

In his post-race analysis Unibet column, Hakkinen wrote, “It was interesting that Leclerc was faster than Vettel in the closing stages of the race and could probably have overtaken him where it not for team orders.”

“We expected Leclerc to challenge Vettel sometimes this year, but to have team orders imposed in the first race was unexpected. Sebastian will recognise that more than anyone.”

The two-time F1 World Champion continued, “After appearing to dominate pre-season testing, Ferrari had a disappointing race in Australia.”

“One of the problems with preseason testing in Barcelona is that this circuit has a unique mixture of high, low and medium speed corners, but not every track is like that.”

“In Melbourne, there are several slower 90-degree corners, such as Turns 3, 13 and 15, and Ferrari seemed to struggle for grip. The track surface was also very different to Barcelona.

While Ferrari’s challenge may have waned in the first round, Red Bull Honda rose to the occasion to score a famous podium in their debut race as a partnership.

Hakkinen pointed out, “Someone else who knows how hard it is to be successful in F1 is Honda, and they will be very happy to score a podium finish in their first race weekend with Red Bull.”

“It is clear that Red Bull Honda will be a force in this years world championship. It has taken four difficult years of development, and the fact that Max Verstappen was able to achieve it by overtaking the Ferrari of Vettel was pretty special.”

The Vettel-Leclerc sideshow is full of intrigue as the young gun’s arrival at Maranello will incite a reaction from the four-time F1 World Champion and how he rises to the challenge is one of the key questions at Maranello this season.

Perhaps rough around the edges for such a big team, Leclerc will no doubt learn quickly from his errors, but will have to find something extra special to beat Vettel in qualifying, do it regularly and force the team into a decision they can’t refuse.

Until then the 21-year-old will get the call to hold station, or worse, cede a place to his teammate. Interesting times lie ahead at Ferrari.

Big Question: Were Ferrari too quick to implement team orders?