Multi-21 back to haunt Vettel in the form of Leclerc 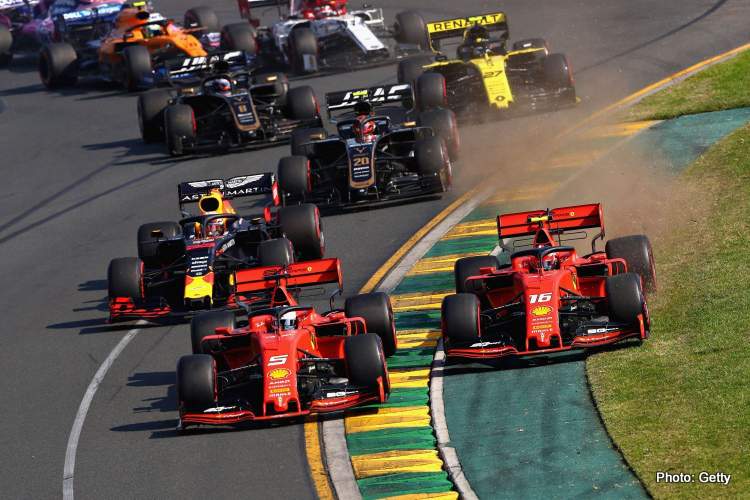 Karma is a bitch. Over five years since ‘Multi-21i grabbed headlines it has come back to haunt Sebastian Vettel in the unlikely form of his new Ferrari teammate Charles Leclerc.

Late during the season-opening Australian Grand Prix, Leclerc with good pace came upon his slower teammate, upon which he was promptly ordered by the Scuderia pit-wall to hold station. The youngster did what was asked of him as team orders came into effect very early in the season.

Prior to the weekend in Melbourne, new Ferrari chief Mattia Binotto insisted his two drivers race. In Melbourne, it was a different story as they were clearly ordered not to race.

From the pitwall it was the right call because there was little to gain swapping the cars, no way was Leclerc going to catch Max Verstappen in the Red Bull who had made easy meat of Vettel before disappearing into the distance.

So much so that the German asked his team over the radio where his pace had gone, the mystery still lingers – but that’s another story.

Rewinding to the 2013 Malaysian Grand Prix, during Red Bull’s dominant era, with Vettel trailing Mark Webber and instructed to obey Multi-21, which was the team’s code to hold position. The German reneged on the deal and went on to win the race.

In contrast, on Sunday Leclerc obeyed team orders despite having the better car at that late point in the race. Would Vettel have done the same thing? Whatever the answer, going forward he will have to, he will need to show the kind of restraint that went absent at Sepang years ago.

Ferrari explained the decision in their post-race report: “Charles could run a good pace and in the final stages closed on Vettel, but the team decided the drivers should hold position, given that the cars ahead were too far away and so an assault on the podium was unlikely.”

Leclerc sang the team tune when he said, “Towards the end, I closed on Sebastian, but the team decided to keep our positions, given that the top three places were not within our grasp today.”

They also opted not to pit their 21-year-old driver for fresh rubber to have a stab at the one point on offer for the fastest lap, preferring to be safe than sorry.

For now, Vettel has the number one status in the team, while Leclerc is happy to play second fiddle. However, the four-times F1 World Champion will need to up his game before he gets the dreaded: “Seb, Charlie is faster than you…” message on the radio.

When that day comes, or Ferrari’s version of Multi-21 is deployed, he has no option but to play the game or lose credibility forever.

As for Leclerc, he ticked the boxes but it was hardly a stellar start to his career in Red. There were a few mistakes, including a hairy Turn 1 moment where he just avoided contact with the sister Ferrari and a time-consuming ‘cross-country’ excursion on lap 8.

He did well to hang in there and recovered to end the race able to challenge his teammate, but fifth was his reward in what can be summed up as a scrappy weekend for the Monaco Kid.

Big Question: Were Ferrari correct to implement team orders so early in the season?