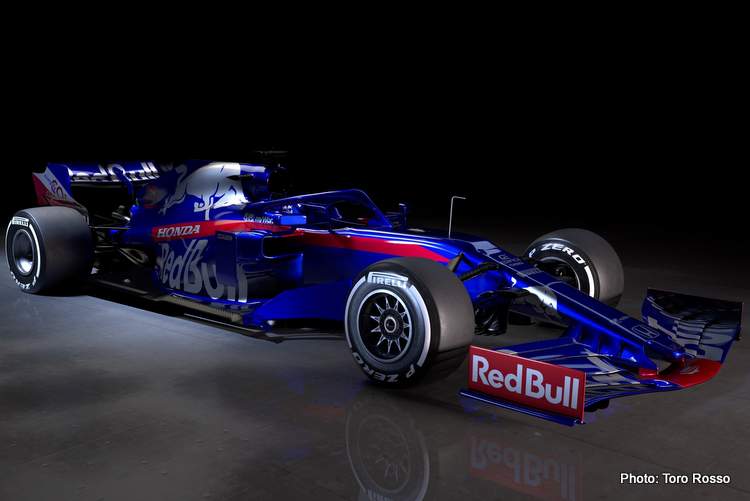 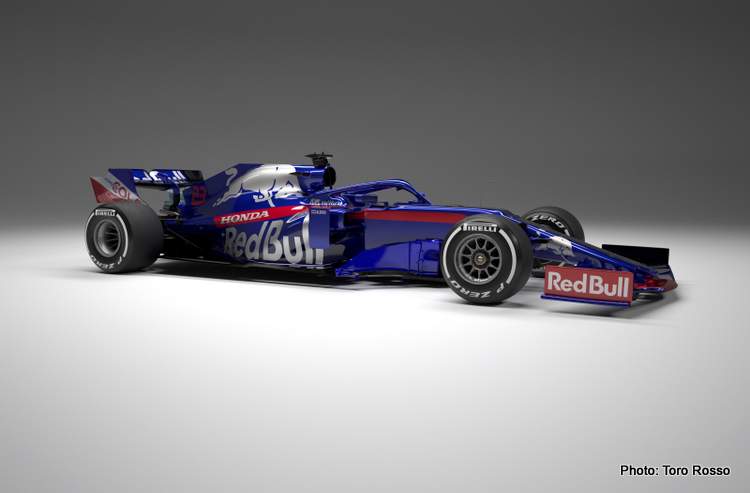 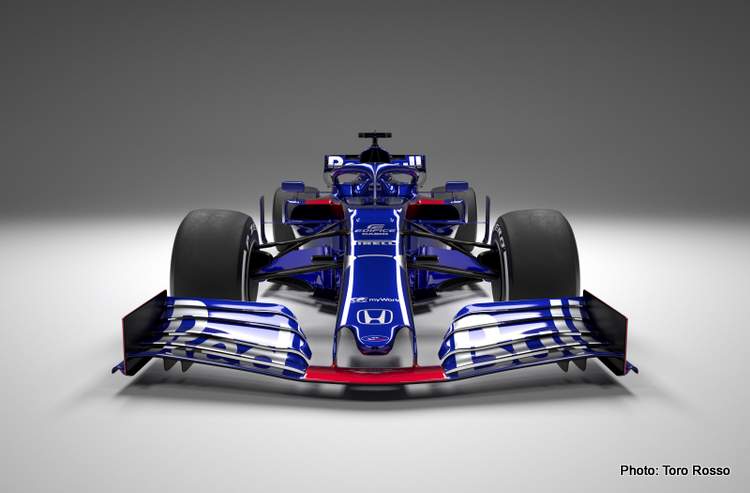 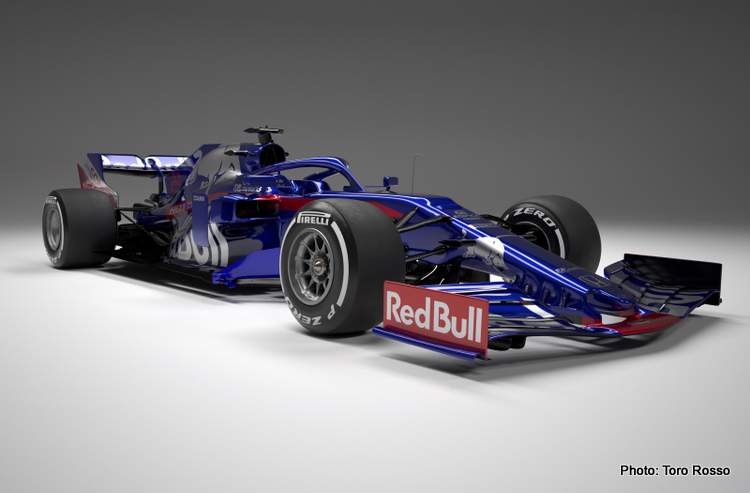 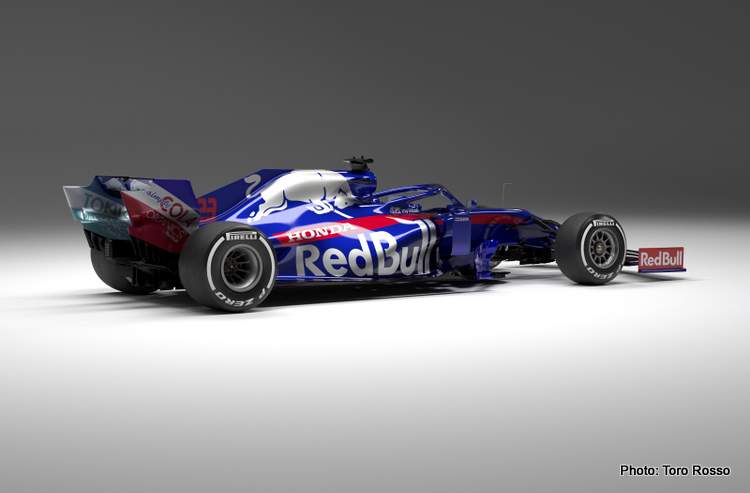 Toro Rosso became the first team to reveal their 2019 Formula 1 car, distributing pictures of the Honda-powered STR14 in a press release to media.

The team has unveiled a car sporting a very similar livery to last year, the striking silver on metallic blue with red piping continuing the striking look that made it one of the best F1 skins last year.

Last week Haas presented their 2019 livery on what was essentially last year’s car, hence the STR14 is the first 2019 car to break cover.

Franz Tost (Team Principal): “As is always the case before the start of a season, it’s too early to say and we don’t want to set a specific target – at least not now. All things considered, the quality of the synergies with Red Bull Technology, the belief in our very high level of in-house technical knowledge, the impressive development trajectory Honda has shown so far, and the couple of strong young drivers we have available make me feel confident…”

Alexander Albon (Car#23): “In general, the way I’ve gone about my career and my racing, is I never set any goals on anything. Every year, it was just each race, take it step by step, focus and race in that session – whatever it would be, practice, qualifying, the race. Just take it as it is. If you start setting long-term goals, you just put unnecessary pressure on yourself. I’m just focused on myself and let’s see how it all goes.”

Daniil Kvyat (Car#26): “We don’t know exactly where we’re going to be. Like everyone else, we are working hard to put the best package together and the best thing I can do for myself is to work as hard as possible on myself and on my performance. I believe in the guys in the team. They know what they’re doing. Me and my engineering crew will do everything we can to squeeze the maximum out of the package we’re given by the team. I think we’re looking good and I feel that everyone is motivated and focused. I can see that, and it gives me confidence for the future.”

Jody Egginton (Deputy Technical Director)
“Nothing has changed in terms of the design process of laying the car out, we just have a few less variables to play with. However, within the framework of a fixed amount of available resource, this can provide an opportunity as it allows more focus on other areas of the car concept which in turn can bring performance.”

Graham Watson (Team Manager): “(Talking about pit-stops)…Last year, we were more consistent and faster than we have been in the previous four years. Over this winter, firstly, we’ve carefully studied videos of our 2018 pit stops and worked a little bit on refinement of positioning. Secondly, we’re going to inherit quite a lot of the wheel nut axle and wheel rim design from Red Bull, we believe that a combination of this and the work on positioning will allow us to improve further. I’m pretty confident we’ll make another step in the right direction.”

Toyoharu Tanabe (Honda F1 Technical Director): “In simple terms, our aim is to achieve better results than in 2018 for both teams. For our partnership with Toro Rosso, that means finishing higher up in the Constructors’ Championship, scoring more points, running more reliably and, maybe even repeating last year’s Bahrain result or doing better.”