Outside Line: Is Lewis Hamilton the GOAT? 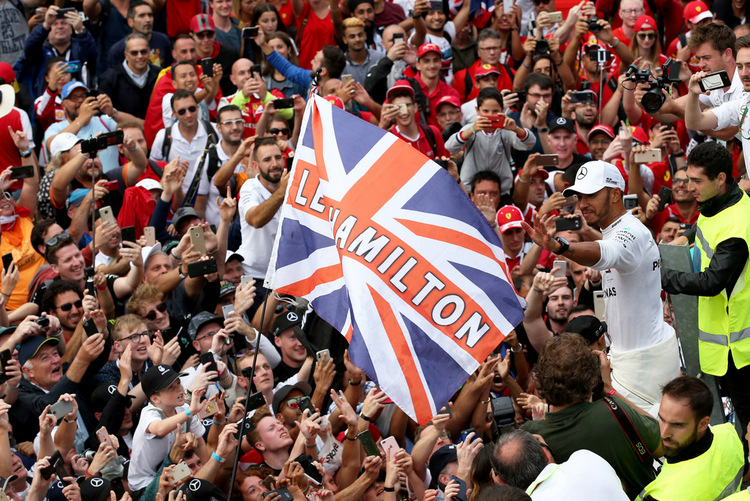 Having claimed his fifth world championship title in his best season to date, is it time to start talking about Lewis Hamilton as the greatest-ever Formula 1 driver?

A gift and a curse, hype can be a difficult thing, particularly for those who receive it at a young age. It’s very easy for expectation to outstrip someone’s actual talent, no matter how prodigious they are, and more often than not, those prodigies find themselves crushed under its weight.

Even rarer are those that not just live up to the hype but exceed it, yet Lewis Hamilton certainly belongs in that category.

From being featured on the BBC’s Blue Peter racing RC cars at six, to signing with McLaren at 13, to F3 and GP2 champion, to nearly becoming F1 champion as a rookie, then champion the year after, and now with another four to his name, with every step he has blown expectations out of the water.

Forget Formula 1, Tiger Woods, Lionel Messi, and LeBron James are the only three sportsmen who earned such hype at a similarly young age, and just like them, it’s time we start talking about Lewis as possibly the greatest of all time in his sport.

Indeed, a recent BBC poll to decide F1’s GOAT had Hamilton ahead of his idol Ayrton Senna, and only behind Michael Schumacher with 27% of the vote.

Lewis made it clear in 2018 that he was elevating the car to the level of dominance it achieved, and not the other way around

On the surface that might seem a tad extreme given the BBC’s audience is mostly British (although the winner was a German!), Schumacher is still two championships ahead of Lewis, and the amount of reverence Senna rightly receives, but when you have a season like 2018, you’ve got to be under serious consideration.

Not only does Lewis now have the resume, but this year also gave him something even more special: a championship season where it’s relatively easy to separate his greatness as a driver from that of his championship-winning car.

Yes, Mercedes haven’t won the constructor’s yet (although they will), and yes, there’s been plenty of seasons where the driver’s champion isn’t on the winning team (10 in 61 years, to be precise), but in a sport where the usual knock against a champion is that “he had the best car” (hell, just look at Max Verstappen’s comments after Mexico) it’s incredibly rare to be able to conclusively refute that argument, even as his team does, in fact, take home the “best car” award.

Simply put, Lewis made it clear in 2018 that he was elevating the car to the level of dominance it achieved, and not the other way around. Need proof? Just look at how 2018 played out.

For 12 of the 19 races so far this season – from Melbourne to Baku, Monaco, Montreal, and again from Silverstone through Singapore –  Ferrari (primarily through Sebastian Vettel) have had either equal or better qualifying pace, race pace, or both compared to Lewis’ Mercedes. Lewis took pole at six of them – Australia, Silverstone, Hungary, Spa, Singapore and the USA – and won at five – Azerbaijan, Germany, Hungary, Monza and Singapore.

Obviously, some of those instances Seb/Ferrari lost through their own mistakes (poor Seb probably still has nightmares about Baku and Hockenheim), but that does nothing to discount Lewis’ own stellar performances.

Time and again he was able to elevate the car above its expected level, allowing him to poke his nose amongst the Ferraris and put them under unexpected pressure, or edge ahead outright, with particular highlights being his win from P14 in Germany, his poles in the wet in Hungary and Spa, his besting of both Ferraris at Monza, and his otherworldly Saturday pace in Singapore.

Furthermore, it’s a testament to Lewis that in comparison, his teammate Valtteri Bottas was reduced to a clear-cut number two driver (110 points behind even before the engineered win in Russia, 131 now) while Seb has been left a broken man, wilting under the pressure of the championship fight, with his own credentials as a four-time champion and elite driver called into question. You know you’re dominating on a different level when you’re destroying the reputation of your two closest rivals.

All that said, I understand it’s easy to get carried away when the 2018 season shouldn’t already be decided, but I believe that if any other current driver was in the number 44 car – including Seb – it wouldn’t be, so often has Lewis made the difference.

If his previous titles with Mercedes didn’t warrant him being mentioned in the same breath as Schumi, Senna, Fangio, Clark and whoever else you want to put up there, this one did – and maybe all the way to the top of the list.

Big Question: Is Lewis the GOAT?