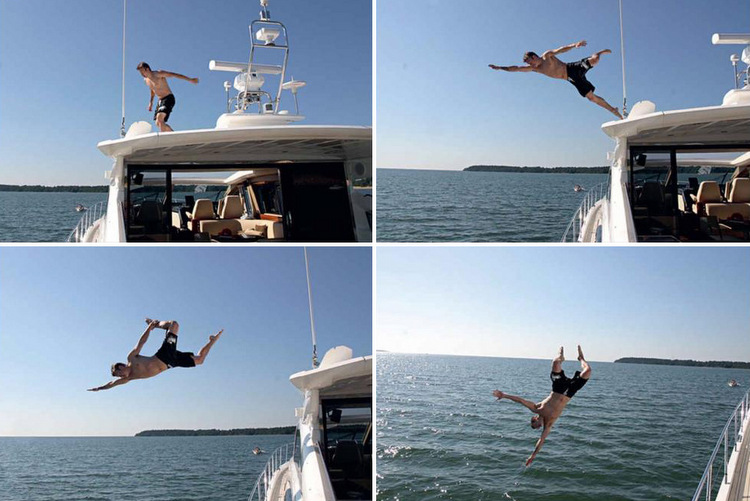 Like most Formula 1 fans I looked forward to reading Kimi Raikkonen’s authorised biography, the title promising us insight into a driver who is a cult hero of our sport but after flicking the final virtual page of the book on my Kindle, I felt let down. 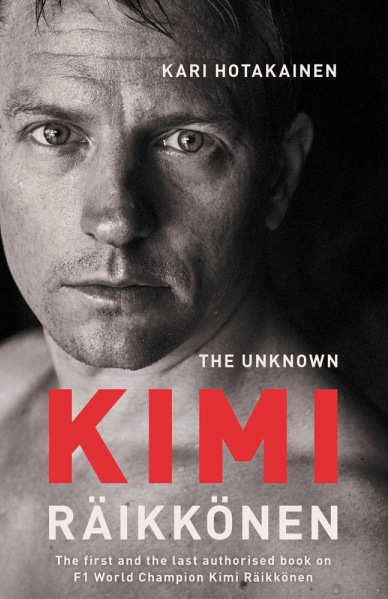 “In this superb and authorised portrait of Räikkönen, Kari Hotakainen gets to reveal the side of the man that few beyond his close family and friends have ever seen. Enigmatic and private, Ferrari’s former world champion driver rarely opens up to outsiders, but he granted Hotakainen exclusive access to his world and to his way of thinking. It ensures that this will be a book that will delight all fans of motorsport, who have long revered the Finn.”

Well, I beg to differ. Sure Hotakainen did get unprecedented access to the life of a driver, who is notoriously guarded about his private affairs and militantly anti-media, but he did not deliver on expectations… at least not the English version.

He embarked on this project without any apparent previous interest or knowledge of Formula 1 or Raikkonen’s career. Of course, this would have had a certain charm had he used his ignorance to tackle the ‘unknowns’ of the 2007 world champion to good effect.

What did I learn: to start, Kimi used to drink a helluva lot, there are countless accounts of his bingeing with anything from ruffians in Espoo during his army days to lavish parties hosted by the prince of Bahrain. Minttu and kids have put the brakes on the booze, apparently.

He also has dyslexia, has a very supportive and tight-knit family, a darling mother in Paula, an immense brother in Rami, some great lifelong mates, a die-hard loyal management team, a great second wife in Minttu, a loving husband, a doting father of two and while very mistrusting of strangers he has a ‘massive heart’ according to everyone in his inner circle which includes Mark Arnall his physio, PA, doctor, spare helmet carrier, potion mixer, fitness guru, etc etc etc!

I was hooked at that point as the author tackled Kimi’s early days with the detail demanded, but alas thereafter it was downhill fast

In fact, I get the impression that without the indispensable Mark at his side Kimi would probably miss most of his appointments including making it to Formula 1 sessions, and even the grid, on time. Unsung hero springs to mind.

I will admit the first quarter of the book was a good read. Kimi’s family were out and out petrolheads, many weekends spent karting. Racing was everything for the “white gypsies” from Espoo who raced for the love of it and with no plan or even dreams for their younger lad to become a Formula 1 driver.

But Kimi delivered and had the motorsport world taking note. Step into the picture Dave and Steve Robertson, the pair took a risk on the youngster, paying him a salary when he was a nobody, arranging drives and tests for him, culminating in a Sauber test that sealed the deal for their driver.

All this information we know all too well, perhaps a few little morsels pop up in the prose that were hitherto unknown, but hardly earth-shattering eg. running out of money, sleeping in cars, driving without brakes, perilous road trips, language barriers and of course copious amounts of drinking.

I was hooked at that point as the author tackled Kimi’s early days with the detail demanded, but alas thereafter it was downhill fast.

I expected the ‘Unknowns’ to be revealed in subsequent chapters, but I was wrong as the book got decidedly predictable and superficial, lacking the ‘insider info’ hinted at in the sales spiel.

From the ‘Unknown Kimi’ I expected more:

As a Formula 1 fan – which the book targets – I tend to buy just about every credible book on the subject, so I am not advocating to not buy Kimi’s book. Simply warning this site’s readers not to expect too much (as I did) because there are no huge revelations that are going to surprise.

In fact, the few real ‘revelations’ have already been reported by media since the book was published and, let’s be honest, the most eyebrow-raising episode was the two weeks plus of binge drinking he went on at some point during his Lotus years.

The lack of substance makes this an underwhelming book and a disappointment, promising much but delivering very little

I do not read Finnish or suomen kieli (I think the language is called) and I am sure the writing by Hotakainen is fine stuff but whoever translated the book into English did a terrible job.

Reading between the lines it is clear the original author has a sharp sense of humour which he infuses with his innocent bystander style observations. But the translation does not do this justice.

Too many times I had to read a sentence more than once to try figure out what was trying to be said, too often not getting it. It’s almost as if they popped the text into Google translate, tweaked a little bit here and there and hence the English version was born.

And what was with the numerous references (late in the book) to ‘Formula 1’ simplified to one word: ‘Formula’? Why did the ‘1’ or ‘One’ fall by the wayside? Ditto all these niggles in the translated Kindle version of the book.

By the way, it is not a long read, in fact, it is way too short for such a massive life. For instance, far too many pages are dedicated to Kimi’s stats in the top flight. Yes, results of every race of his F1 career (270 or so races at the time of publishing) are documented and take up a chunk of the book – as if his results are unknown!

These are probably minor details which perhaps only bug me but when coupled to the lack of substance about a much loved and respected driver, of much substance, which makes this an underwhelming book and a disappointment, promising much but delivering very little.