Raikkonen: I drank for 16 days in a row between races 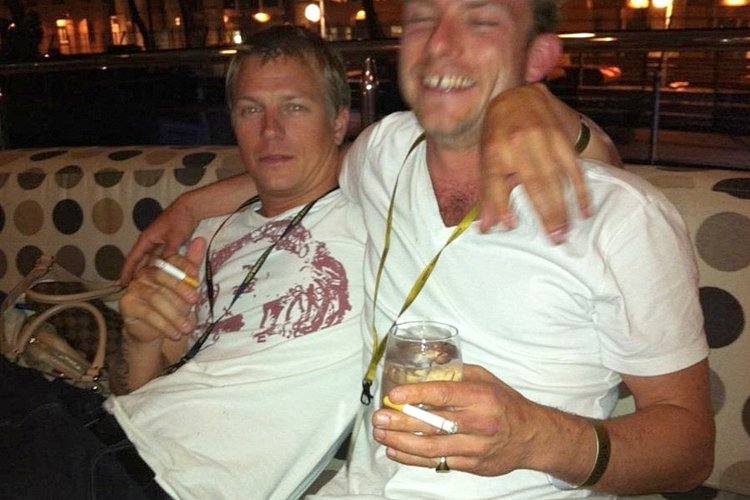 Childhood poverty, running away from military service to make a race, and going on boozy benders between Formula 1 races are some of the revelations in a new book that sheds light on the life of usually taciturn Finnish driver Kimi Raikkonen.

Nicknamed “the Iceman”, the 38-year-old is known for his cool and gruff character but he has opened up to Finnish author Kari Hotakainen, whom he authorised to write “The Unknown Kimi Raikkonen” – a book about the 2007 Formula 1 World Champion’s life.

In the book, so far published in Finnish only, Raikkonen, who is paid millions to drive for Ferrari and has become one of the wealthiest drivers in the sport, reveals he grew up in a modest small house without an indoor toilet.

He also describes the financial problems of his teenage driving years, and wrote, “My brother, Rami was my mechanic. We drove an old van to the races… already then I grasped that, goddammit, dad and mum had put in all their money and when we got there I felt like I wasn’t going to make it anywhere.”

In 1999, at the age of 20, Raikkonen signed a contract to drive in the British Formula Renault series but had to join Finland’s compulsory military service the same year.

Raikkonen describes one occasion where, after returning to his garrison late and drunk he thought he would be punished and might miss a race. He, therefore, absconded from the garrison early in the morning to avoid censure.

“They started calling after me… They were angry because on top of being drunk and late I had also escaped,” he said. “But we were just lying on the beach drinking beer.”

In the end, he said he made a deal with the military that he would be allowed to race if he came back.

Throughout his career Raikkonen has been laid back, a man of few words and blisteringly quick who is loved for these very factors.

At Sauber, he was the mischievous but easy going young guy who broke into the Formula 1 scene. In his heyday, at Mclaren, he was blisteringly quick and became well known for his party lifestyle.

At Ferrari where he moved in 2007, the Finn became more private and began to shun attention after he won his first title. Fed up with Formula 1 and paid a huge bounty to depart the team, to make way for Fernando Alonso. He departed the scene in 2010.

Debauched partying with the Dudesons on a yacht in Monaco, karaoke nights and the like kept Raikkonen on the radar during his absence.

His partying continued when he returned to F1 with Lotus and in the book recalled a time in 2012 when he drank for 16 days in a row between F1 Grands Prix in Bahrain and Spain. He would finish third in the latter race.

Raikkonen went on to win the F1 championship in 2007 driving for Ferrari, where he returned in 2014.

The book’s first edition was sold out within days in Raikkonen’s native Finland and the rights have been already sold to 10 other countries, with an English edition expected to be out in October.