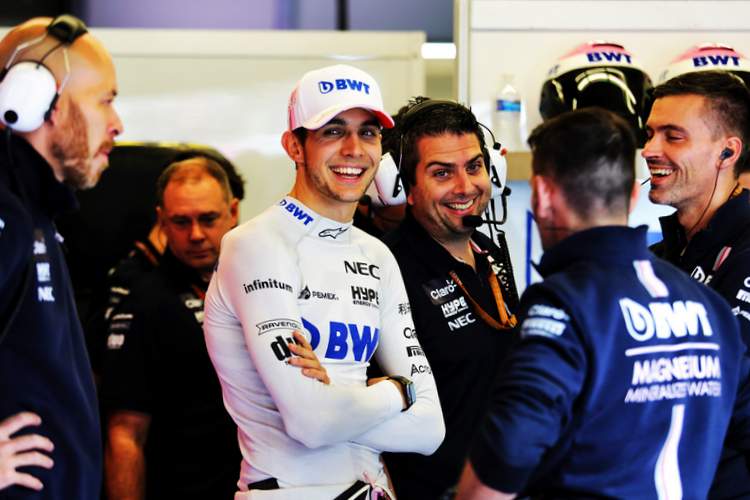 While it appears increasingly likely that Esteban Ocon will skip the 2019 Formula 1 season, he has nothing to worry about because his boss has guaranteed him that he will be in a good car in 2020.

Highly rated Ocon, one of the standout young guns on the grid this year, has a slim chance of getting a drive with Williams, failing that he will be spectating next season.

Williams have already committed long-term to George Russell, a driver they have selected on merit as opposed to their recent pay driver tradition.

The second seat remains open for 2019 while team chief Claire Williams has indicated that they may be forced to opt for a pay driver although confirming that Ocon is high up on their shortlist which apparently includes Robert Kubica, Nicolas Latifi and Nikita Mazepin.

Speaking to reporters at the United States Grand Prix, Mercedes chief Wolff told reporters, “You know, they say only fools are optimists, and in July I was really optimistic on having Esteban in a Renault.”

We are prepared for plan-B with Esteban

“So I don’t know, it’s not our call. Williams needs to make up their mind who they think is the best driver for their team, and it’s not only Esteban, there’s Robert [Kubica] in the frame, and then others, and all of them deserve the chance. So Williams will make their choice.”

“We are prepared for plan-B with Esteban. One thing I can guarantee to you is that he is going to be in a good car in 2020 because there are many teams out there that have an interest in Esteban. We will try to facilitate where we can.”

Williams are currently going through the worst patch in their history, but this won’t stop Ocon embracing the opportunity if it arose, “I’m definitely very keen, I don’t think it’s a team that’s going down.”

“Obviously the results they are doing this year are not great, but Williams has been world champion in the past, they’ve been fighting hard with us last year. I think it’s a very competent team, and every team has its ups and downs. I’m sure they will come back higher in the future,” added Ocon.