Williams: We chose Russell because of his talent 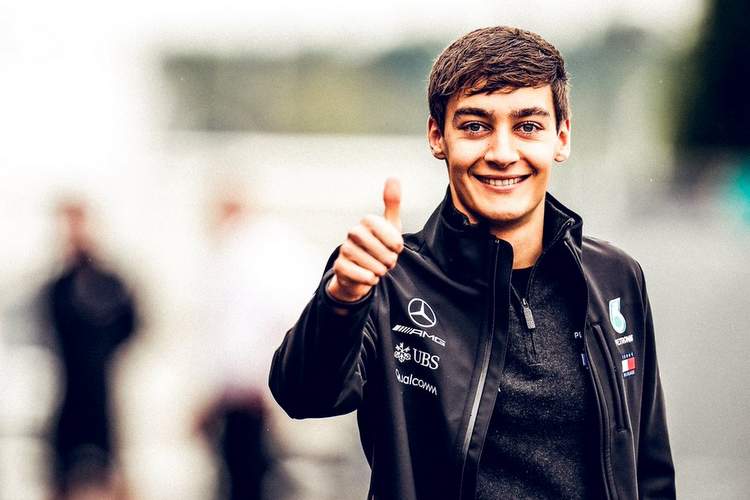 Williams signed Mercedes-backed George Russell for 2019 based on his talent alone and not for any financial considerations, the Formula 1 team’s deputy principal Claire Williams told reporters in Austin on the first day of the United States Grand Prix weekend.

Mercedes are the team’s engine partners and Russell, the 20-year-old Formula Two championship leader, has a long-term contract with the German manufacturer.

“George has come up through the Mercedes young driver programme but that was not a factor in our decision-making,” Williams replied when asked whether the team might get a discount on the engines.

“There were no factors around financial considerations with Mercedes on making the decision. It was purely a decision made on the talent that George has.”

While Russell has signed a multi-year contract, former champions Williams have yet to confirm who will occupy the second seat.

Lance Stroll is set to leave for Force India, a team now controlled by his billionaire father Lawrence, while Russian Sergey Sirotkin’s future is unclear.

Williams are last in the standings, with little chance of improving on that before the end of the season, and face reduced prize money and revenues as a consequence while title sponsor Martini is also leaving.

Claire Williams said the sponsorship landscape was ‘pretty tough’, independent teams were also having a hard time competing and finishing 10th also “puts the squeeze on things a little bit.

Despite that, she said Williams should have a similar budget next year to 2018 and the main consideration for the second seat had to be talent.

Esteban Ocon, also backed by Mercedes, could be one option with the Frenchman highly-rated but set to lose his Force India seat to Stroll.

Others are Sirotkin and Polish reserve Robert Kubica, who has not raced since he partially severed his right arm in a rally crash in 2011.