Brawn: Simpler wings and other tech rule tweaks for 2019 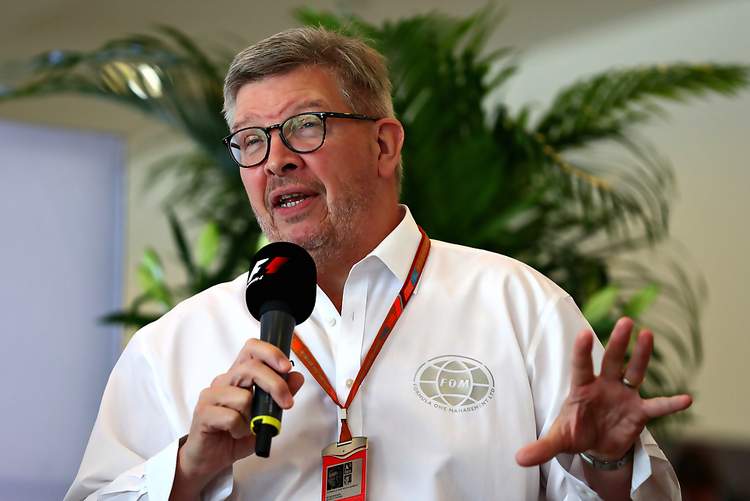 Formula 1 motorsport chief Ross Brawn knows that the current generation cars need changing so that drivers can overtake and hence race, but waiting until 2021 kicks in with a whole new set of rules is not an option, so expect some substantial ‘tweaks’ to the rules for 2019.

Among the changes will be the front wing which will be simpler to the current appendage and winglet packed contraptions. Changes in other areas are expected too, including new regs for bargeboards and rear wings.

In an interview published in the Singapore Grand Prix race program, Brawn is the first to admit, “We have a core issue with these cars, which I don’t think anyone denies, in that they can’t get close to each other.”

“However, that situation is masked to some degree. We do see cars race each other, but it’s because there are big differences in tyre performance or some other element that is influencing the situation. We’ve had some great races this season but largely when people are on different tyres or on different strategies.”

“So, if we actually look at the eventful races this year; they’ve been created because there’s been a safety car, or something has happened that has mixed the field up at a crucial time. Those events always create excitement, but they are random.”

“I think we’ve made some real progress with the regulations that are being introduced for 2019 and it’s a very useful insight to make sure we’re going in the right direction. So in 2019, you will see simplified front wings, as well as some changes around the barge boards, rear wings and other areas.”

The issue of 2021 rules is obviously a hot potato and a matter that needs resolution sooner rather than later. Last week Formula 1 made public the 2021 Concept Car, a sexier and more aggressive, albeit somewhat retro, look than the current generation.

Brawn said of the next-gen concept, “We’re looking at a new style of Formula One car, aesthetically more modern and futuristic, as I don’t think we’ve really captured as much as we could do in that regard. The new cars will look more exciting, in my view.”

“That’s a subjective thing, of course, but most people who have seen the schemes we’re looking at feel it’s a more exciting looking car. We’re also looking at things that have a major impact on the quality of racing. And that’s to do with the nature of the cars and the resource differential between the front and back of the grid.”

The question of engine rules is one that could divide the paddock, a fact that does not escape Brawn, “What I’m mostly concerned about is the capacity for a new supplier to come in. We have four great manufacturers in Formula 1 and we don’t want to lose them.”

“But equally, we don’t want a situation where the technical regulations make the challenge of a Formula 1 engine so great that only if you’ve been doing it for seven years can you hope to compete.”

“A reset in the technical regulations provides an opportunity for someone who is new and has the opportunity to perhaps at least start in a better place, instead of trying to compete with someone who has been pursuing this technology and these objectives for a long time,” reasoned Brawn.