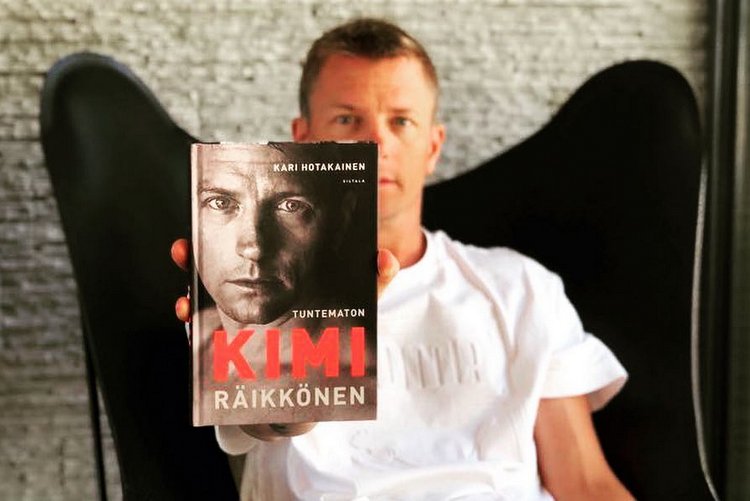 The Ferrari driver commissioned respected Finnish author Kari Hotakainen for the project, the 61-year-old is a big name in Finland. His books have been translated into more than twenty languages, the father of two is known for his ironic-socially critical writing style.

Hotakainen turned from a journalist to a book author, first with poems, then with children’s books, and finally with novels.

Raikkonen announced it himself, on Instagram: “My story so far, available in Finnish and Swedish on August 16, 2018. Other languages will follow soon after.”

The tale as told by the Iceman is that of a young kid from humble beginnings who went on to become a F1 superstar – arguably the most popular driver of his era – and appears to be an effort to reach out to fans by giving insight into his life away from the F1 limelight as well as his grand prix escapades.

Raikkonen seldom smiles and his podium ‘celebrations’ are morbid, to say the least, his professional image suggests a humourless fellow, ill at ease with his surroundings. But by all accounts, behind-the-scenes he is affable, funny, humorous and a chatterbox to boot.

The book will be illustrated with a collection of private photos.

My story so far. Available in Finnish and Swedish 16.8.2018. Other languages soon after.