Bottas: Being called a wingman hurts 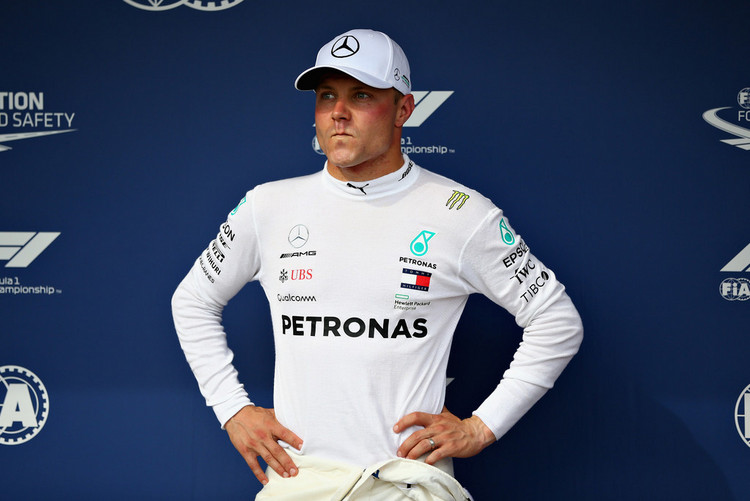 Valtteri Bottas looked set for second place in the Hungarian Grand Prix, after holding off a concerted challenge by both Ferraris things went pear-shaped for the Finn, but his team chief Toto Wolff hailed him as the perfect wingman for race winner Lewis Hamilton.

Immediately after witnessing Hamilton’s dominant victory Wolff was quick to credit Bottas, “It wasn’t realistic for us to win, it is one of our weakest tracks we expected damage limitations rather than taking the points.

“It feels a little bit bittersweet, I’m really happy for Lewis I just feel sad for Valtteri, he deserved P2 because he was such a sensational wingman – that would’ve been nice,” added Wolff.

When told about his bosses ‘wingman’ praise, Bottas was clearly not impressed, “First of all, wingman hurts. I don’t see any positives in this race for me. I wanted a better result.”

“We thought, in theory, we should have been able to do that one stop. We had to stop earlier than we wanted because of Kimi, we had to cover him, and still 20 laps before the end everything was feeling ok with good control and the pace and my position.

“But the rear tyres started to die. I tried to defend the best I could, as aggressive as I could, but it just ended up being a bit of a mess with the end with the broken front wing and everything.”

“We need to speak after this race. We are over halfway of the year. The points gap is big, so for sure the team will decide at some point.”

Bottas was in the wars during a fraught final few laps in which he tagged Sebastian Vettel when the Ferrari driver pounced to take second, bits of Mercedes wing went flying which seriously compromised the pace of the #77 car.

As a result, the Finn had no ammo to fend off Daniel Ricciardo, he ran out of brakes into Turn 1 and punted the side of the Red Bull as the Aussie made a bold move around the outside of Turn 1. Fortunately, both continued, with Bottas having to settle for fifth when a podium beckoned on the day.

Reflecting on the incidents, Bottas said, “With Seb, he had a good run into Turn Two, we had a bit of a battle into Turn One. I still had my nose inside into Turn Two, he was on the outside, he turned in very early and for me there was nowhere to go. So we touched and I was the only one who got damage. Fair enough, I think a racing incident.”

“With Daniel, pretty much a similar thing. But I was next to him on the inside. I had no half of my front wing so I was locking up as well. I’m sure he saw I was still going quite quick into the corner, but he turned in and then we touched,” added Bottas who was handed a penalty for his clash with Ricciardo, the Vettel incident was deemed a racing incident.

1/2
Some out of context news around..

I have not called a meeting with the bosses for Toto saying I was the perfect wingman in this race. There is no need to. I was disapponted with my end result in the race and saw everything in a negative way for a moment. I know what he ment

And he would have said the same about Lewis if he’d be in same situation and had a similar race.
We are on equal terms and I trust the team 100% on that. All good. We’ll keep pushing! It’ll come. #VB77 @MercedesAMGF1

Big Question: Is Valtteri the best wingman in F1… or not?