Minttu: If you cry like a girl when you lose, do ballet 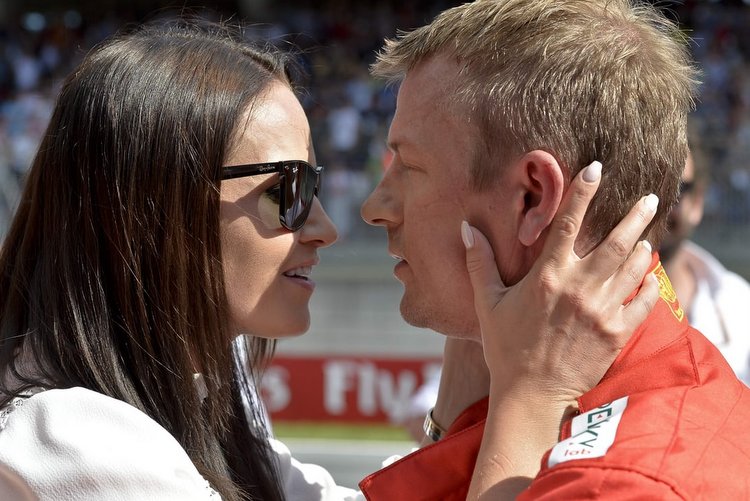 Minttu Raikkonen has fired shots at Mercedes after her husband Kimi Raikkonen was roundly criticised by the German team after he pranged into Lewis Hamilton on the opening lap of the British Grand Prix.

Mercedes, led by Hamilton suggested dirty tactics in the wake of the race in which Raikkonen’s Ferrari tagged the rear of Hamilton’s Mercedes and sent the world spinning.

In a nutshell: Raikkonen was given a ten seconds penalty for his shenanigans; Hamilton stormed through the field to finish second and Vettel took top honours, extending his and Ferrari’s lead in both championships. Mercedes cried foul!

Step up Minttu Raikkonen, Kimi’s pretty wife, and the lady of few words (until now!) fired on Instagram: “If you cry like a girl when you lose, do ballet.”

Shortly after she clarified that Mercedes, not Lewis, was the target of her wrath by replacing the early taunt with: “Just to be clear, I was not talking about the driver but the team who was crying afterwards that someone did something on purpose.”

Hamilton, who recovered to finish a well deserved second, has been quick to douse the flames he lit when immediately after the race he questioned Ferrari tactics but, in truth, it was the second costly contact between silver cars and red cars in the space of a two weeks and things were said in the heat of the moment.

His team should have known better but led by an incensed Toto Wolff they fueled the fire, which has backfired massively as they have since been rebuked universally for their accusations.

So much so that Hamilton went on Instagram to diffuse the tensions: “Kimi said sorry and we move on. It was a racing incident and nothing more.”

Adding that “sometimes we say dumb” things and “we learn from it.”

The world champion then gave the reason for his comments to his 6.7 million-plus followers: “I lost nearly 3kg trying to get back to the top for you and my team. I barely had any energy at the end to stand, let alone talk.”

“If you can’t understand and appreciate that, then I fully understand. However, was nothing to do with anger, literally just exhausted both mentally and physically,” added the reigning world champion.

Over to you Minttu…