Vettel: Silly to think that anything was deliberate 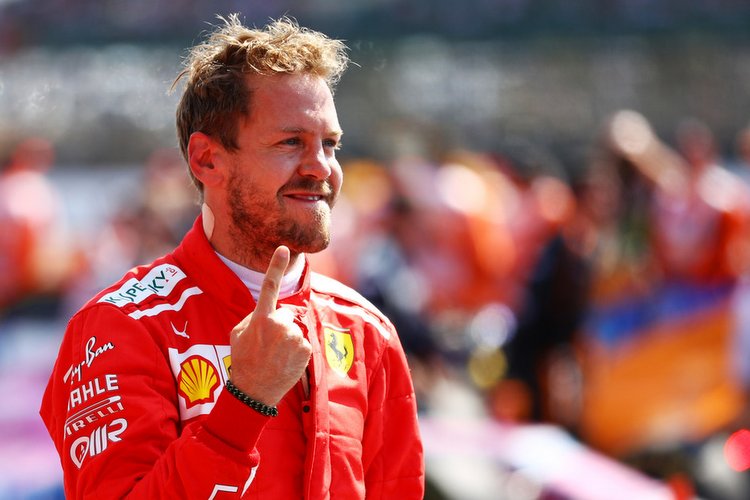 British Grand Prix winner Sebastian Vettel scoffed at suggestions by Lewis Hamilton and Mercedes questioned if Ferrari used ‘dirty tactics’ when Kimi Raikkonen collided with Lewis Hamilton on the opening lap of the race at Silverstone.

The incident put paid to Hamilton’s ambition of winning a record-breaking home race as he was forced to recover from the back of the field, storming through to claim second place.

Hamilton was incensed and skipped the post-race trackside interviews with Martin Brundle, before saying on the podium, “Interesting tactics I would say from this side.”

After the race, Mercedes chief Toto Wolff quoted his tech boss James Allison, who has worked at Maranello and with Raikkonen, asking: “Do you think it is deliberate or incompetence?”

WATCH: Toto on the Hamilton-Raikkonen clash
“To word it in James Allison’s words, ‘do you think it is deliberate or incompetence?’ And that is where I leaves us with a judgement.”
LIVE NOW on Sky Sports F1 & Sky One
📺 Sky Go: https://t.co/fxH1316WnM #SkyF1 #F1 #BritishGP pic.twitter.com/AK84MyKx2F

But Vettel rubbished the theory, “It’s silly to think that anything happened was deliberate. I don’t think there was an intention and I think it’s unnecessary to even go there.”

Raikkonen accepted responsibility and the 10-second penalty for his actions, “He spun, it was my bad but that is how it goes sometimes. It was not a straightforward race. It was my mistake so that was fine. That is how it goes.”

2009 F1 World Champion, Jenson Button, making a welcome return to the grand prix paddock as an enthusiastic pundit, said of the incident, “It’s definitely not intentional. This is not the way anyone goes racing anymore. But it’s tough and there is high tension.”

“It’s not easy to overtake in a Formula 1 car and they’re trying to make those moves stick on lap one. They made mistakes but that’s what racing is all about. You try not to but sometimes you slip up, it doesn’t always go your way,” added Button.

Vettel departs Silverstone leading the championship from Hamilton by eight points and Mercedes trailing the Reds by 20 in the constructors’ title race.