Inside Line: Is Eyetime part of a Ponzi scheme? 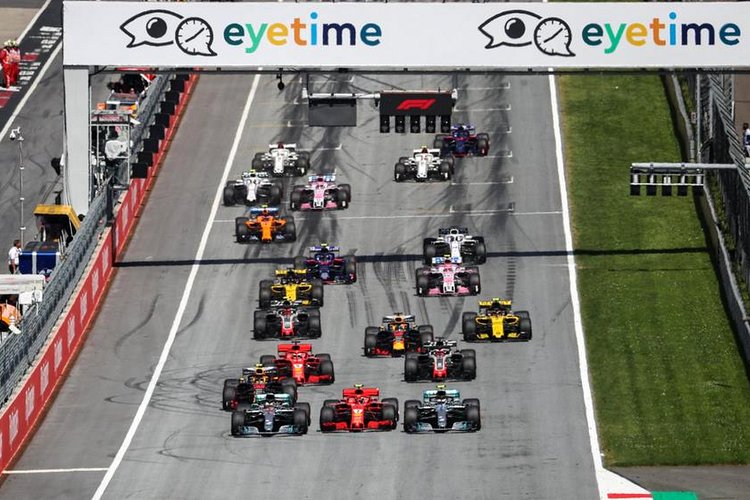 Fans who watched the Austrian Grand Prix will have noticed prominent branding for the event’s title sponsor Eyetime, on their website they describe themselves as “the newest social life app to get in touch with the world around you” but their high-profile and sudden presence has many questioning exactly who and what they are.

In the wake of the grand prix at Red Bull Ring questions are emerging regarding this new player in the Formula 1 portfolio of sponsors, with suggestions that Eyetime is merely a front for an intricate Ponzi scheme aka multi-level marketing (MLM) or pyramid selling or money-laundering or all of the above!

At first, I thought it was a new glasses company or contact lens cleaner or glasses that tell the time, but it transpires that it is yet another in a never-ending list of smartphone social apps that proliferate these days in an effort to be the next WhatsApp or whatever.

The Eyetime sales pitch boasts: “Eyetime is the messaging system of the future that will revolutionise personal and corporate communication. With innovative features, state-of-the-art encryption and worldwide connectivity, Eyetime is scalable to cover all your needs. The app will take your connectivity to another level, whether via voice call, video call, file or media sharing, voice messages or any number of incredible further features.”

“With the unique social life app, which unites many functionalities for your everyday life, you can individualise and personalise your communication and be entertained with on-demand content. Eyetime is the perfect companion for those who wish to be independent and follow their dreams and interests in a global community, while staying connected to the world around.”

“Design the app the way you like and let it represent your style. Discover and share topics and communities you love. The app will continue to develop according to your needs. Catch the first wave of the future of social life!”

The Formula 1 website adds: “Eyetime is an innovative social life app, one of the most avant-garde communication tools currently available on the digital market. With its state-of-the-art encryption and worldwide connectivity, Eyetime meets all of its users’ needs, whether in private or professional communication.”

Meglena Krumova, Eyetime CEO, claims on the official F1 website that “Eyetime opens the door to a new dimension of communication and we are very happy to partner with Formula 1 on the occasion of the 2018 Grosser Preis von Osterreich. Eyetime with its possibilities for communication and Formula 1 with its millions of fans are an ideal match.”

A Google ‘investigation’ of Krumova reveals some telling information. She is a Bulgarian national who according to the Trade Register of Bulgaria she is the manager of Lyoness Cashback… and this is where things get decidedly murky and inevitably questions have to be asked.

Some further digging reveals that Lyoness is a dubious entity that has been watched by law for some years and most recently the Norwegian Lotteries and Gaming Authority released a report on 2 June 2018 – entitled ‘New supervision case in 2017-18’ – in which it states:

On January 11, 2018, we sent a notice of the decision to stop Lyoness’s operations in Norway. We concluded that Lyoness’s business in Norway is an illegal pyramid-like sales system pursuant to section 16, second paragraph, of the Lottery Act.”

“Since then Lyoness has renamed myWorld. On February 8, 2018, the Lottery Authority noted a letter from myWorld/Lyoness with comments on the decision that was notified. We had a new meeting with the company on 14 March 2018 where new information was submitted.”

“Based on this information, we have asked the company to provide further information and documentation in the matter. The deadline is set for April 6, 2018. On May 31, 2018, the Lottery Authority made a decision that Lyoness must suspend illegal pyramid activity in Norway.”

As a Formula 1 fan questions need to be asked:

Let’s be honest, Formula 1 has never been averse to chasing and gobbling up dirty dollars, a business ethos embraced by former chief Bernie Ecclestone. But now in the Liberty Media era of the sport, dubious deals are surely a thing of the past… or not?

Perhaps the due diligence has been done by Sean Bratches and his marketing men, but a few hours of digging suggests where there is smoke there may be a bonfire…

Nevertheless, Bratches was a happy chappy when the deal was announced: “We are delighted to welcome Eyetime as one of the title sponsors of a Formula 1 Grand Prix during the 2018 season.”

“With its hi-tech and innovative approach to the world of digital communication, Eyetime perfectly matches with our vision of the pinnacle of motorsport and with our aim to connect the sport with the younger generations.”

Do Bratches or his minnows have access to Google?

A simple search for “Lyoness” or “Meglena Krumova” and joining some dotted lines would surely be enough to have triggered the warning lights.

Meanwhile, it would be good if Joe Saward or Dieter Rencken and their band of self-appointed guardians of all that is good for Formula 1 also tackle this subject but maybe they received too many free Eyetime goodies to be objective in their reporting, after all that’s what PR is all about. 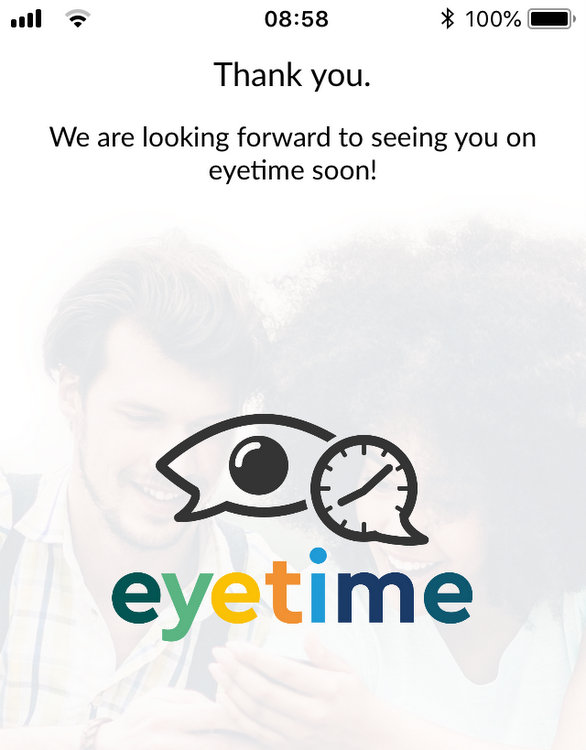 A loyal and growing GrandPrix247 fanbase and readership results in tip-offs that are worth pursuing, such as this one which is actually going viral on Reddit as I write. It’s our sport and we need to police it or at least highlight the cancer when it emerges.

In closing, intrigued I registered for the Eyetime app with my iPhone, downloaded and installed, fired it up but right now it is not available. Instead, I was cheerfully informed: “We are looking forward to seeing you on Eyetime soon.”

This I find strange, why would a company spend millions for title sponsorship of a grand prix when their product is not yet ready for consumers? Maybe they have too much money to burn?

Meanwhile, this whole episode plays well towards our goal to go where other F1 media entities will not go or fear to tread, and thus would appreciate any info readers (or detectives!) might have about this to please feel free to share via email or in the comments below.