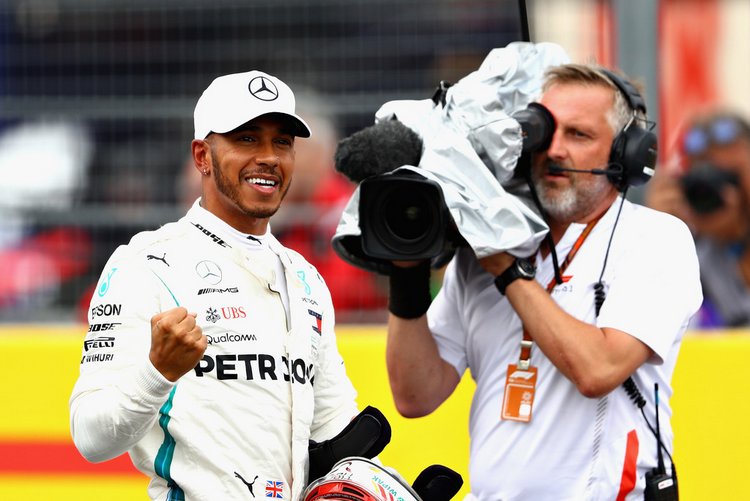 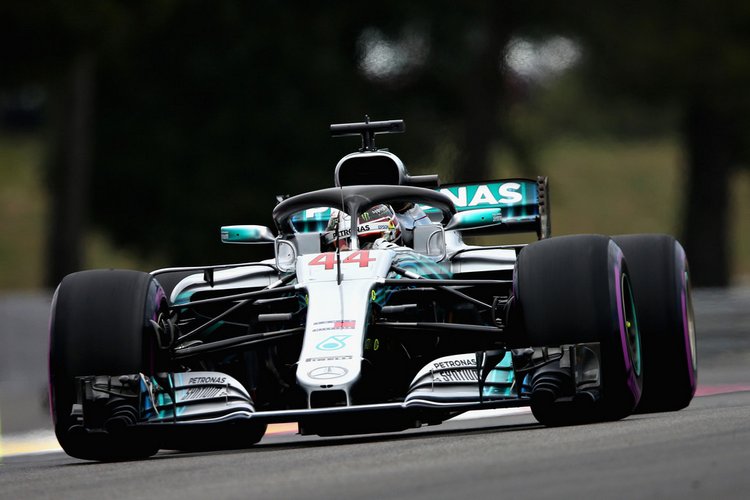 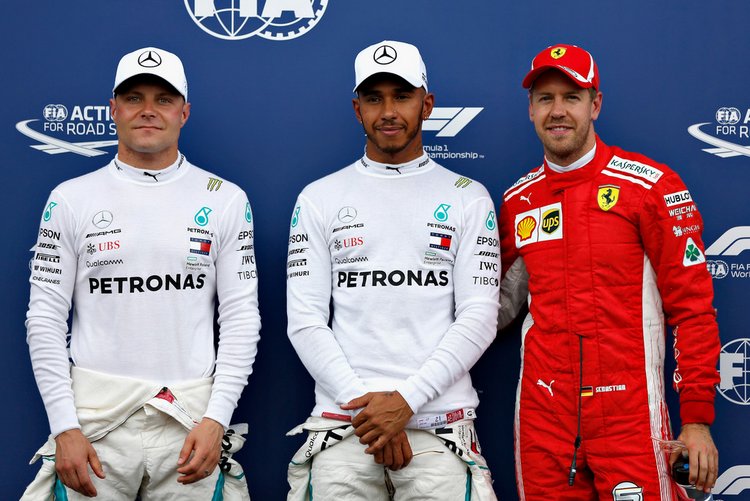 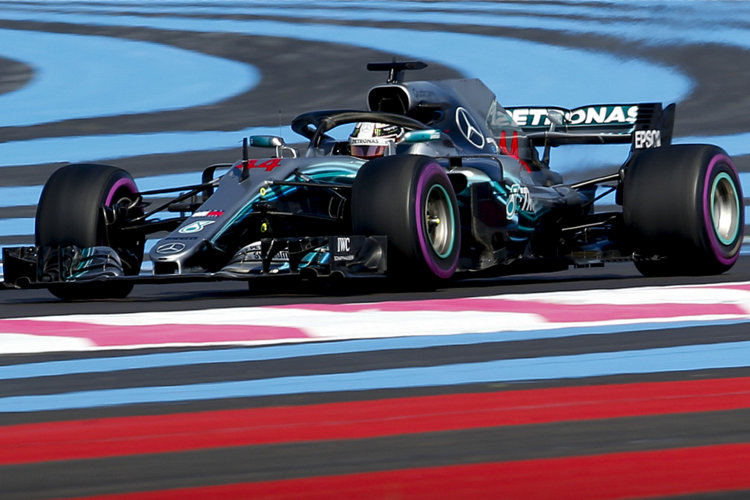 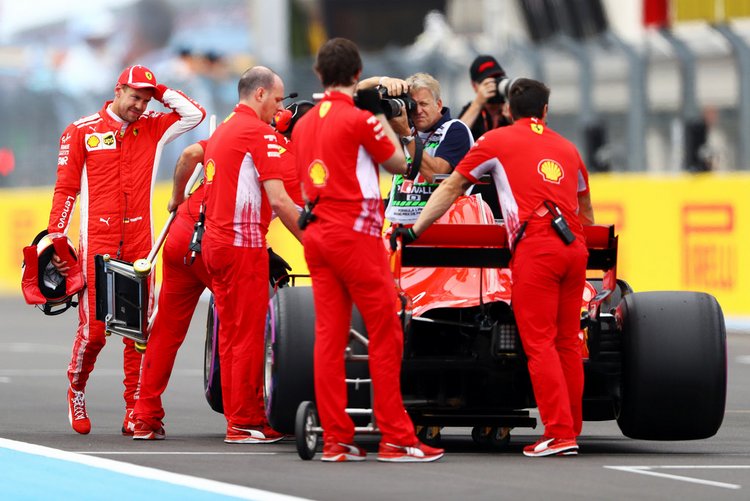 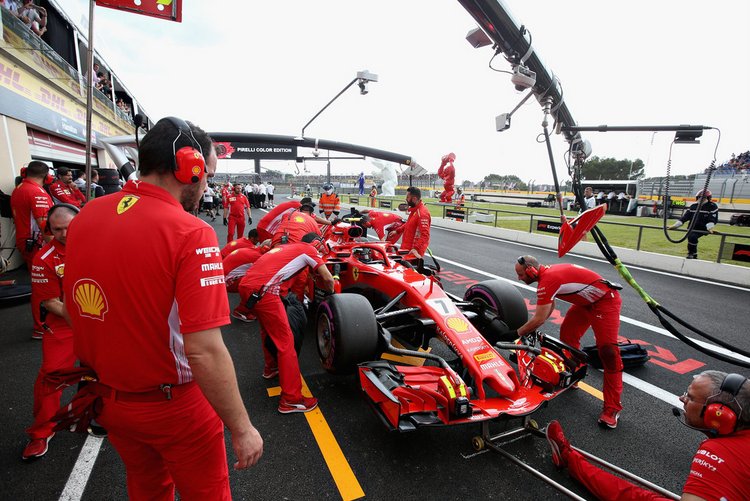 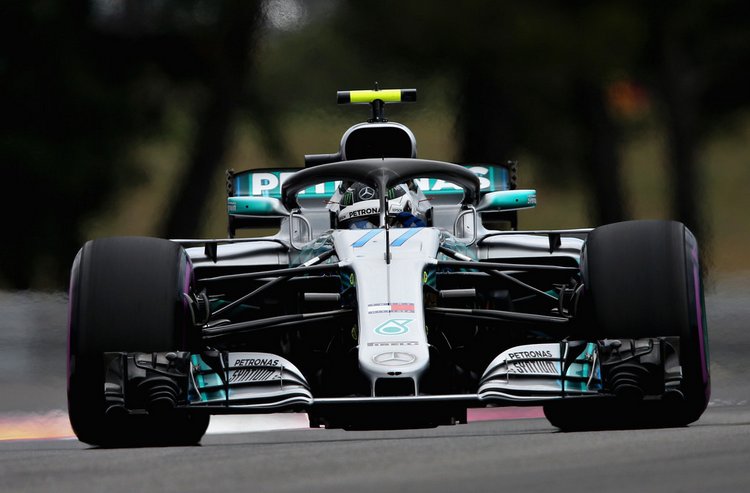 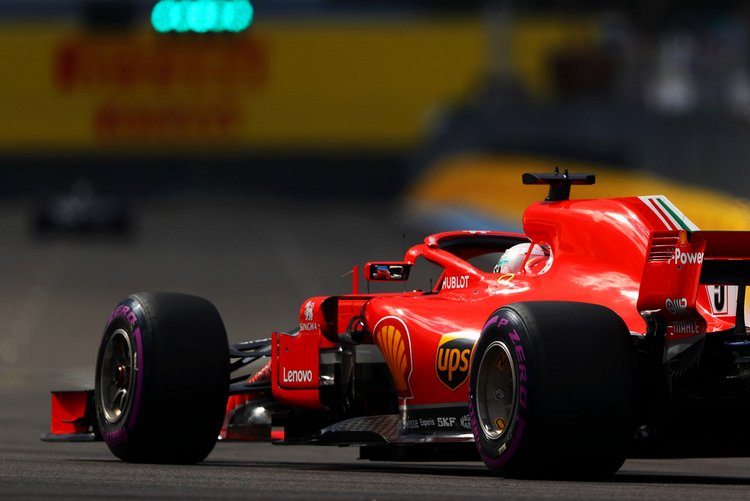 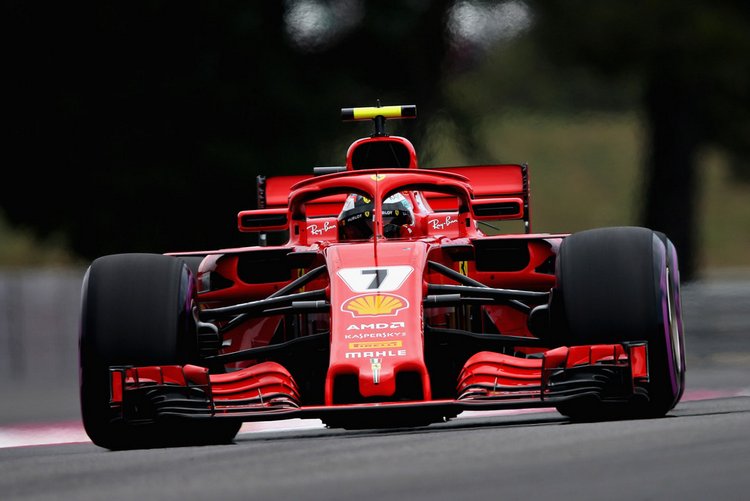 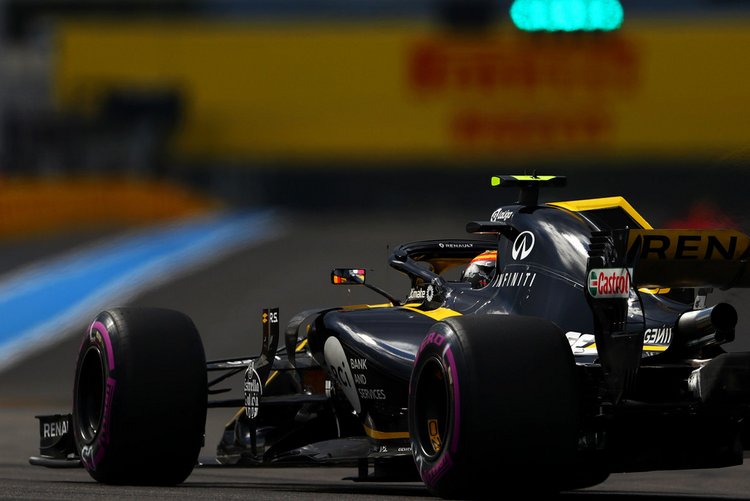 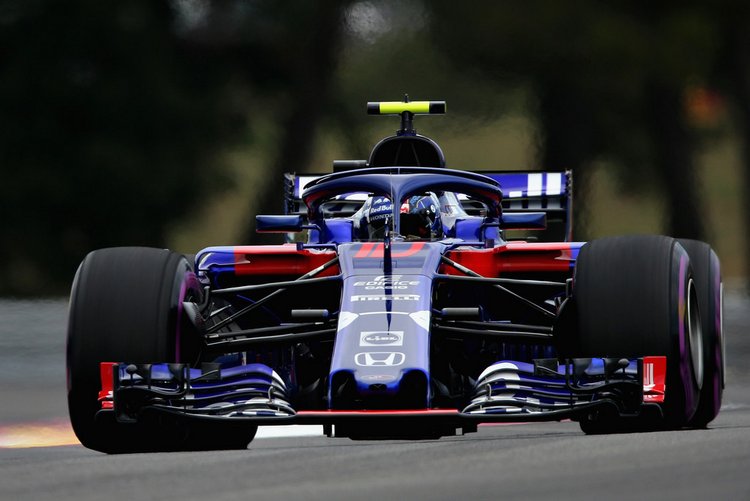 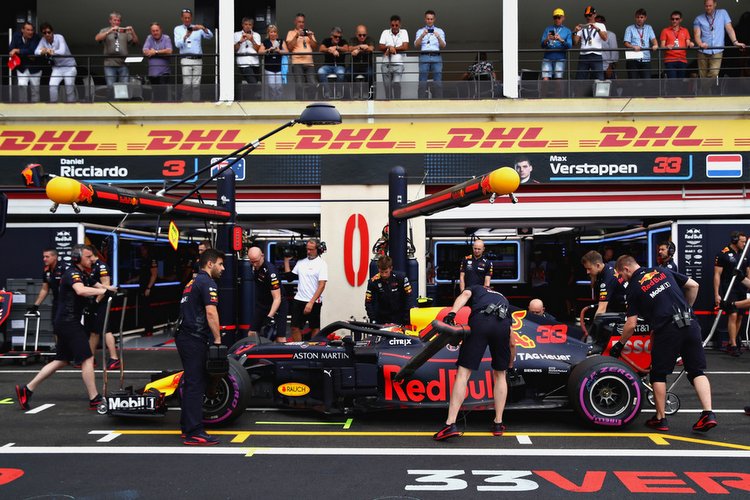 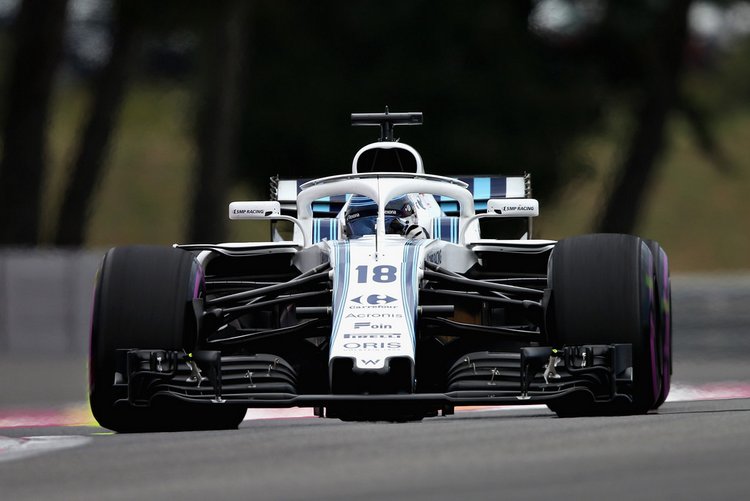 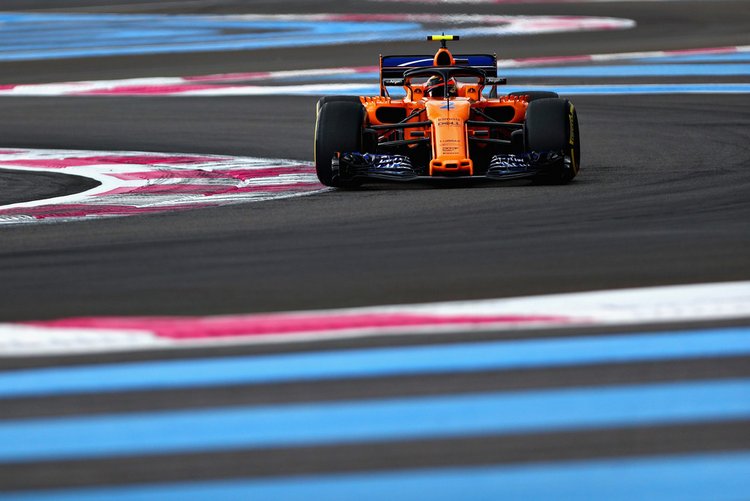 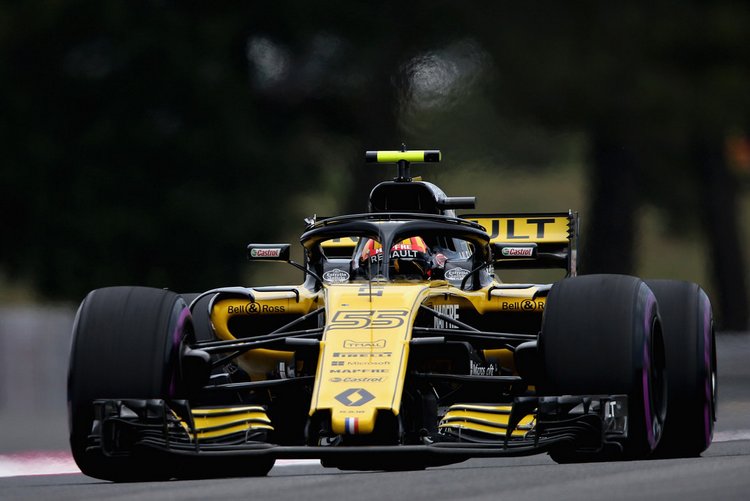 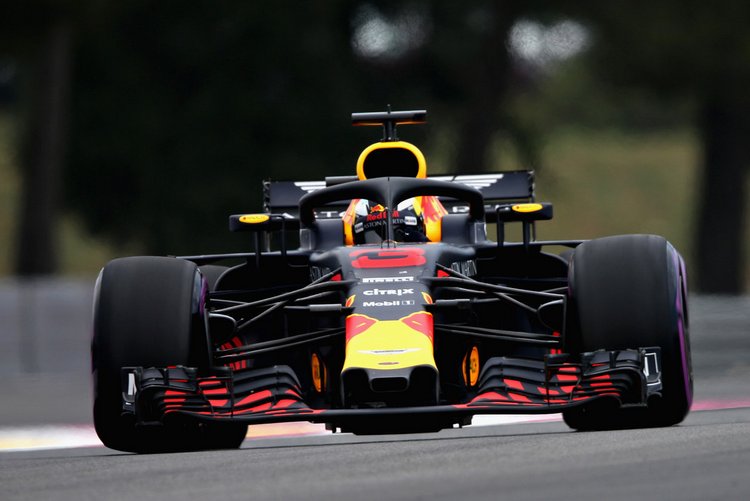 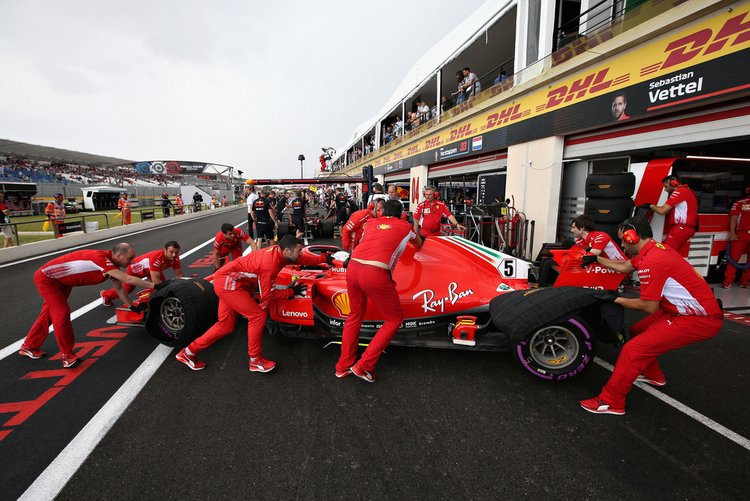 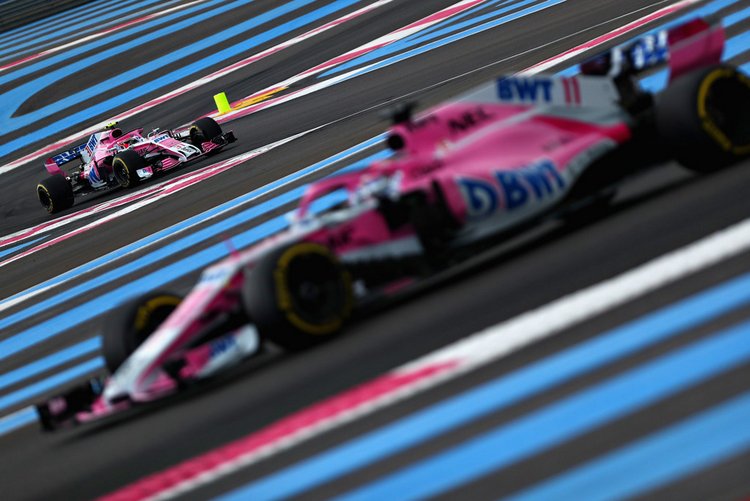 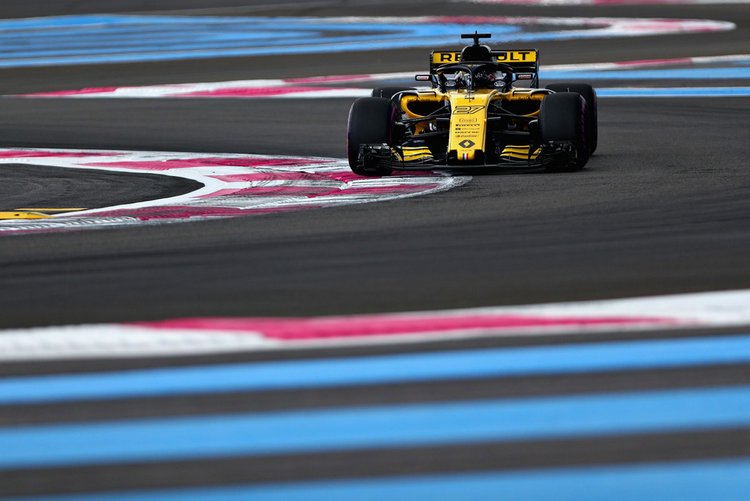 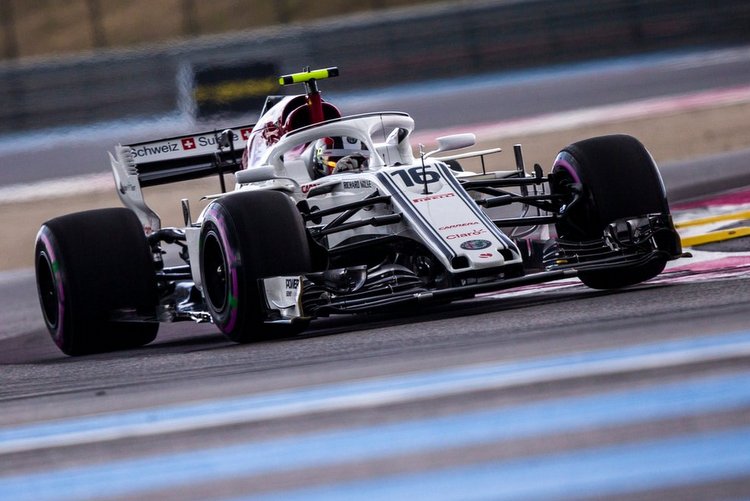 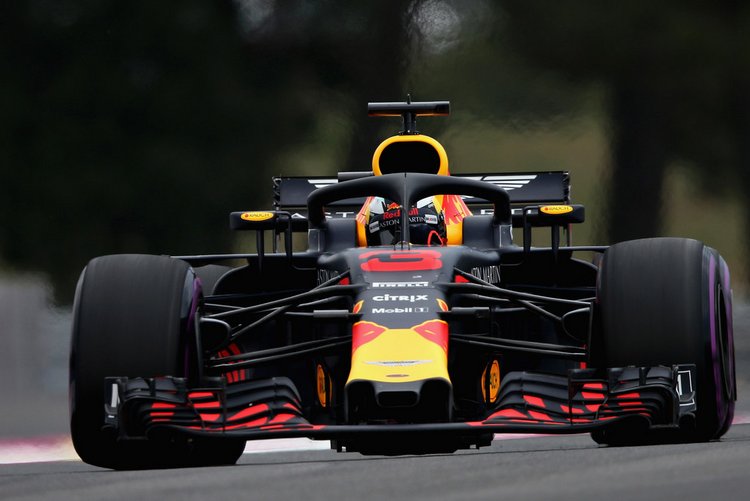 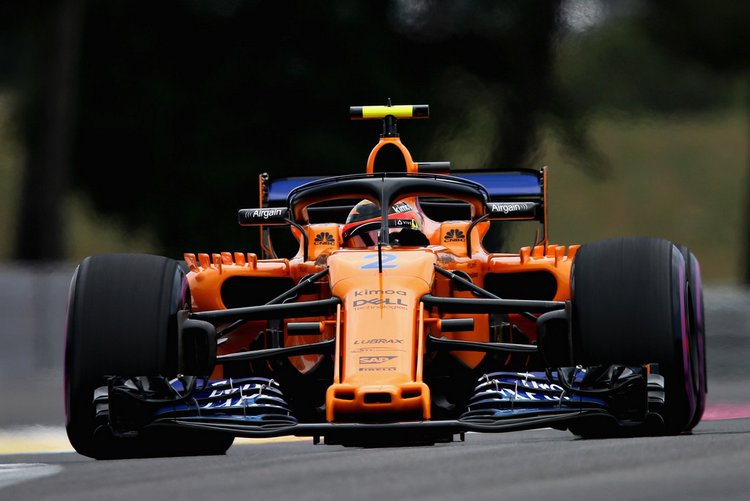 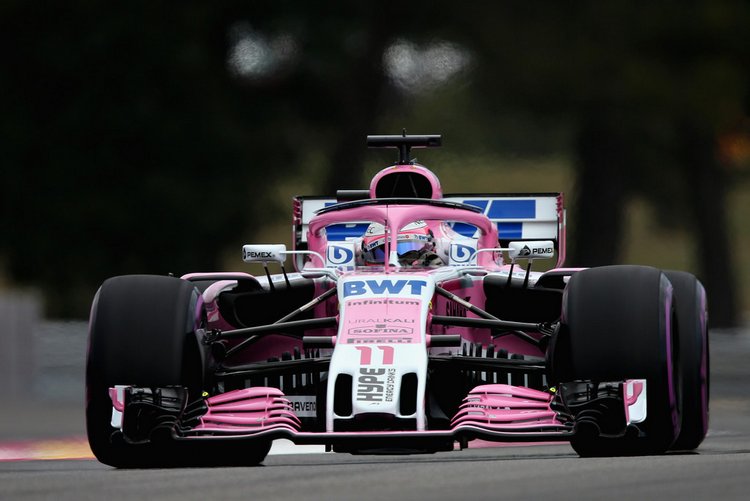 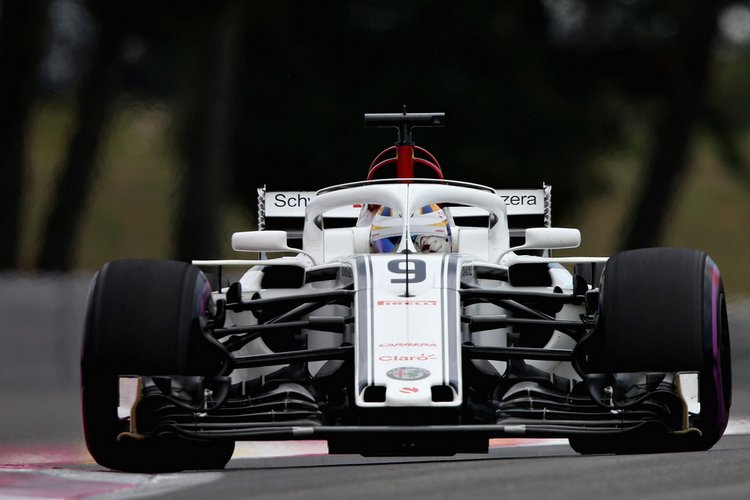 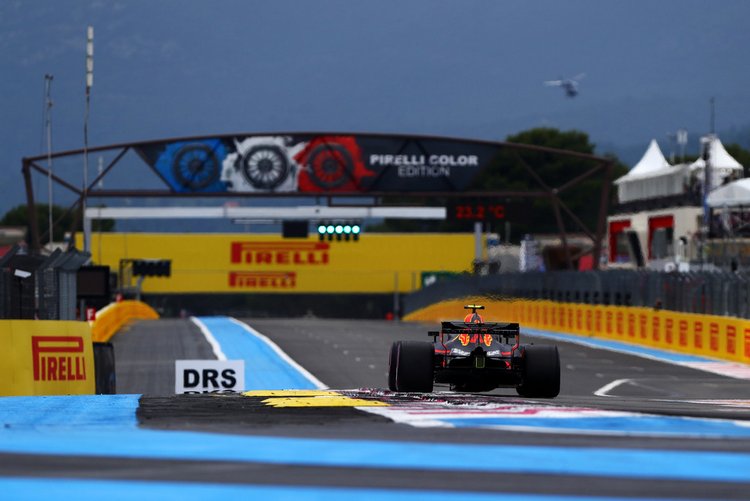 Qualifying for the French Grand Prix ended with a shootout between Mercedes teammates Lewis Hamilton and Valtteri Bottas, the Finn briefly topped the timing screens looking to have done enough to claim the top spot start but the reigning Formula 1 World Champion nicked it with his last effort.

On the downside it was a woeful session for two of the sport’s greatest teams – neither Williams or McLaren drivers made it out of Q1.

Mercedes released their spec-2.1 power units ahead of the weekend at Circuit Paul Ricard and Hamilton’s final fling of 1:30.029 did the business, it was a tenth faster than Bottas and the Briton’s 75th career pole position and the 52nd front-row lockout for the Silver Arrows.

Hamilton said afterwards, “It wasn’t too bad. Qualifying is always tough. Q3 wasn’t spectacular. Q1 and Q2 were good, but Q3 was so-so. It’s such a beautiful place. I’m really excited to come here, and to get on the front is great for all the guys.”

Second placed Bottas added, “It was not a bad lap. Not perfect either. I’ve been struggling to get perfect laps this week. I was catching up rung by rung, but one-two is great. The engine feels good. It feels fresh and powerful.”

Almost four tenths down on the top time, in third, was Sebastian Vettel in the Ferrari, the Reds who had the edge in Canada did not have the firepower to match Mercedes when it mattered on the day.

Vettel summed up his afternoon, “It’s a difficult one to get the right balance. I tried to push everything in the last attempt, but looking back, I pushed too hard. You try and get a little bit here and there out the car and then it slides, you lose the line, and you end up losing time rather than gaining.”

“After the first attempt, I saw that we were maybe there so I knew that with a really amazing lap I could maybe have a chance but it didn’t come. In the end with P3 I’m happy because the car should be good in the race.”

It was another dismal qualifying performance by Kimi Raikkonen in the other Ferrari, the veteran Finn making mistakes in both his final Q3 runs and ending a second down on the top time. He will start sixth.

Carlos Sainz was best of the rest in the Renault with the seventh best time, albeit nearly two seconds shy of the pole time and outqualifying teammate Nico Hulkenberg who failed to make it out of Q2, he was 12th.

Driver of the Day must go to local hero Charles Leclerc whose shares are currently skyrocketing and now further boosted by a superb performance that saw him end eighth in the Sauber, comprehensively outshining his teammate Marcus Ericsson who made it into Q2 for the first time this season, but was over half a second slower than his rookie teammate.

It was Sauber’s best qualifying performance since Hulkenberg qualified in fourth place at the United States Grand Prix back in 2013.

His fellow Frenchman Romain Grosjean was again wayward, after showing good form all practice the Haas driver made another silly error, spun out and tagged the wall, he was out of Q3 before he recorded a lap time. He was tenth with teammate Kevin Magnussen ninth.

For McLaren, their septimana horribilis continued unabated, neither cars making it out of Q1 with Fernando Alonso 16th and Stoffel Vandoorne 18th.

Williams, amid their own tempus horribilis, were anchored to the bottom of the timesheets with Sergey Sirotkin 19th and Lance Stroll slowest of all.

At the start of Q1, Verstappen was the first of the top three team drivers to set a time and his 1:31.823 was good enough to push Grosjean out of P1. The Dutchman was edged out of top spot by Bottas and then dropped to third as Hamilton moved to the top of the order with a lap of 1:31.589.

Raikkonen briefly moved to the front before Verstappen again went quickest. His time in P1 was also short, however, as Hamilton put in another good lap to claim Q1’s fastest time with a lap of 1:31.271, over two tenths clear of Verstappen.

At the bottom of the order, the drivers in the drop zone as the session drew to a close were P16 man  Vandoorne, followed by Ocon and  Perez, followed by Sirotkin and Stroll.

There were no problems for the Force India pair in the final runs, with Ocon vaulting to P12 a place ahead of Perez.

Their progress mean that Alonso slid down the order to become the first man eliminated in P16. He went out ahead of Hartley, Vandoorne, Sirotkin and Stroll.

Light rain began to fall as Q2 got underway but with conditions not being adversely affected the field took to the circuit on dry tyres, with the Mercedes and Red Bull drivers trying to make it through on supersoft tyres.

Hamilton eventually topped the order with a lap of 1:30.645 on the red-banded rubber. His lap put him just under a tenth of a second clear of the ultrasoft-shod Vettel, with Raikkonen, who also used ultrasofts, third with a time of 1:30.772.

Verstappen took fourth ahead of Bottas, Grosjean and Magnussen, as he improved on a second run on supersofts, but Red Bull team-mate Ricciardo settled for P8 as he slowed right down at the end of the third sector while on ultrasoft tyres on his final run.

Carlos Sainz made it through to Q3 in P9, while Charles Leclerc scored his first Q3 berth and Sauber’s first of the season with P10.

The first runs of Q3 saw Hamilton establish himself in provisional pole with a time of 1:30.222, just 0.095s ahead of Bottas, with Vettel in P3 on a time of 1:30.400. Verstappen held fourth ahead of Ricciardo, Raikkonen and Sainz.

Further back on track Grosjean lost control in Turn 4 and slid off into the barriers. The crash brought out the red flags.

The action resumed six minutes later, with a little under six minutes left on the clock and at the top it was only the Mercedes drivers who managed to find an improvement in the final runs.

First Bottas made time in the third sector to take pole position with a time of 1:30.147 but Hamilton then found more, posting a final lap of 1:30.029 to take his 75th career pole position.

Behind the Mercedes pair Vettel and the Red Bull drivers settled on their first run times, with Raikkonen taking sixth.

Sainz qualified well to take seventh on a day when his team-mate could only manage P12, but perhaps the best performance beyond pole position went to Leclerc, who took eighth place.

Ninth place went to Magnussen, with the unfortunate Grosjean in 10th place. 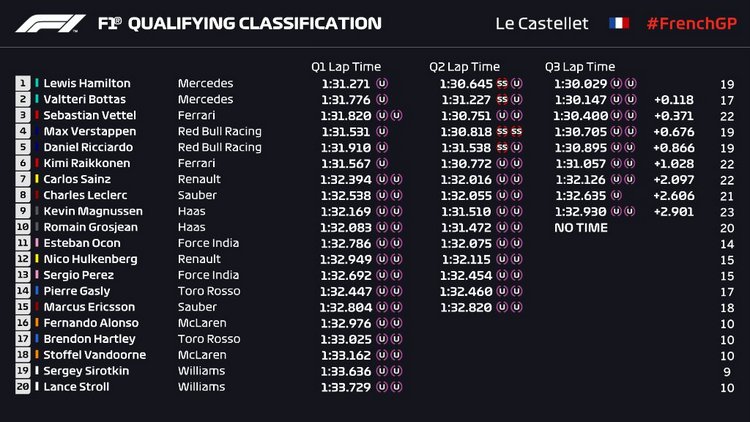