McLaren: We are delighted Latifi has joined the family 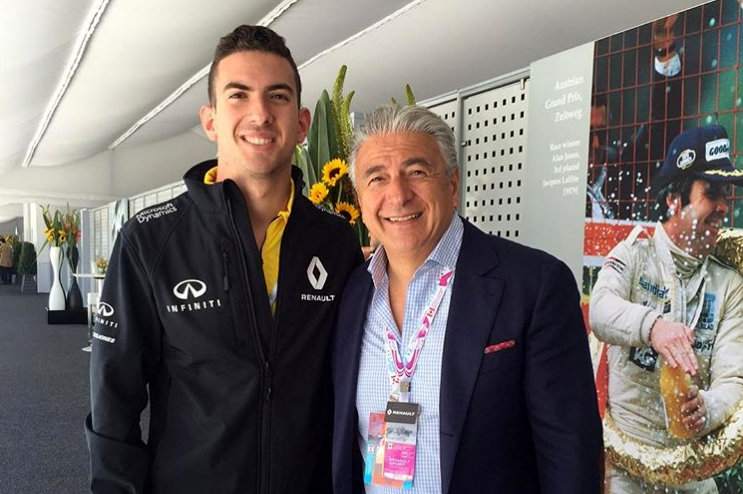 Canadian businessman Michael Latifi, whose son Nicholas currently races in Formula 2, has bought a stake of around 10 percent in the McLaren Group that includes the Formula 1 team with the proceeds to be received over the coming year.

Bahrain’s Mumtalakat holding company remains the majority shareholder in McLaren, with a 56 percent stake, followed by the TAG Group led by Saudi-born businessman Mansour Ojjeh which has 14 percent. There are also four smaller shareholders.

McLaren announced last year, when the British-based company was valued at 2.4 billion pounds, that the group had agreed to buy the stake held by ousted chief executive Ron Dennis.

Latifi is the first significant new shareholder since Dennis’s departure.

The team released the following statement on Monday: “McLaren Group is pleased to confirm that Michael Latifi, a Canadian businessman, has become a shareholder, in a move that significantly strengthens the group’s balance sheet and underpins its ambitious growth plans.

Shaikh Mohammed bin Essa Al Khalifa, McLaren Group Executive Chairman, explained: “This injection of capital is a vote of confidence in our future strategy and the group remains as focused as ever in positioning for growth. We are delighted Michael Latifi has joined the McLaren family.”

Michael Latifi commented: “I have been an admirer of the McLaren brand and its businesses for some time. McLaren is a unique organisation in automotive, racing and technology with exciting long-term growth prospects, which is why I have made this investment. I am proud to be part of McLaren and this incredible brand.”

This confirms our earlier report:

McLaren: We are delighted Latifi has joined the family