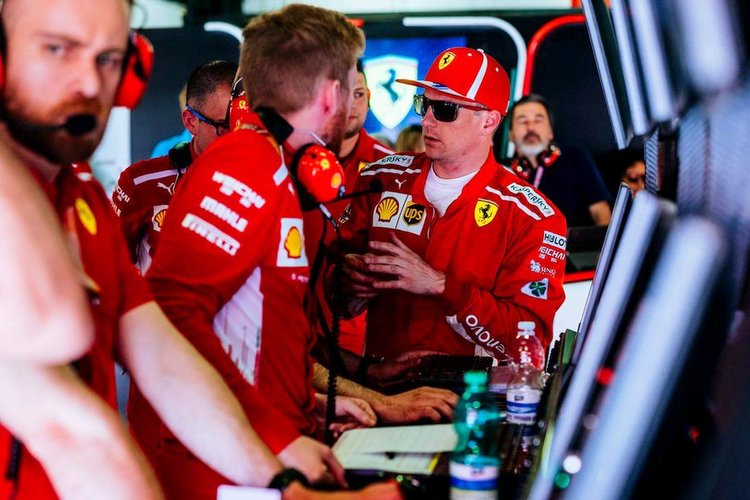 Ferrari have changed the engine on Kimi Raikkonen’s car after it returned to the pits with a suspected power unit issue, during the second free practice of the Spanish Grand Prix weekend.

During the FP2 session, the Ferrari #7 slowed and light wisps of smoke was visible as the veteran Finn drove the car back to the pits slowly.

The Italian team confirmed later that they replaced the internal combustion engine, turbocharger and MGU-H on the Ferrari ahead of day two in Barcelona, but they insist the component changes are merely precautionary measures.

This was the first component change on Raikkonen’s car since the start of the season, he said afterwards,

As it is the first time Raikkonen needs a replacement for any of those components, he does not face a grid penalty, and could be checked and, if fixable, returned to his box of goodies for the rest of the season.

The veteran Finn said afterwards, “The session was a bit messy but overall I think it was not too bad. Maybe it was not the most straightforward Friday, but I think that more or less we know what we should do.”

“At one point we had some issues and I was told by the team to stop the car. We still don’t know what happened, but we’ll figure it out. In the evening we’ll have some work to do; we’ll go through everything and understand.”

Gusty winds affected both sessions and the track felt obviously very different from winter testing, with temperatures around the 30 degree mark.

The FIA confirmed on the day that Valtteri Bottas, Daniel Ricciardo, Max Verstappen, Esteban Ocon – all who had incidents during the race in Baku – will benefit from a fresh gearbox change on their respective cars without penalty.