Alonso: It’s much better, hopefully we get into Q3 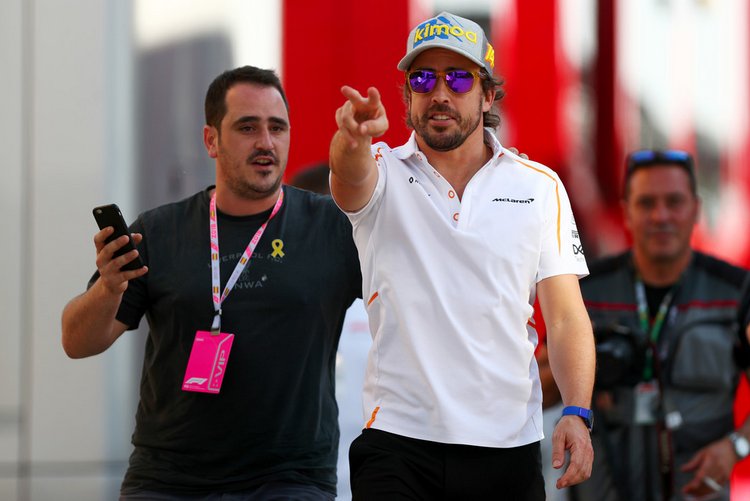 McLaren driver Fernando Alonso, fresh from his debut victory in the WEC with Toyota Gazoo Racing, was back in midfield obscurity on the opening day of the Spanish Grand Prix weekend but insists that the upgrades to the MCL33 is a big improvement.

Despite ending FP2 over 1.5 seconds adrift of the top time, the Spaniard is adamant that the ‘MCL33B’ upgrade package is a step in the right direction, “It’s much better. It was a step forward. I felt better, I felt more grip.

“I think the conditions were tricky today with the wind and with the hot temperature but I felt the car better, so definitely a step forward. We’ll see tomorrow how much we’ve improved compared to the others.”

Alonso, who last won a grand prix when he triumphed in Barcelona with Ferrari five years ago, added, “Overall I think we are little bit more competitive than any other Friday, so hopefully Q3 tomorrow for the first time is a real possibility”.

When pressed the McLaren driver revealed that he thinks the team found about a quarter of a second with the new package but refused to be drawn into comparisons with rival teams, “I don’t know what they’ve tested, so it’s all absurd calculations.”

He also suggested that he expected the current car at the season opener rather than five races into the season, “This should have been the car in Australia. There was a delay, definitely.”

“Here it’s obviously a good update and we’ll have more in Monaco, in Canada so we are a little bit behind schedule on updates, but the important thing is that the new parts are coming to every race from now on and we put some performance in the car,” added Alonso.