Steiner: Grosjean mistake not expected from a rookie 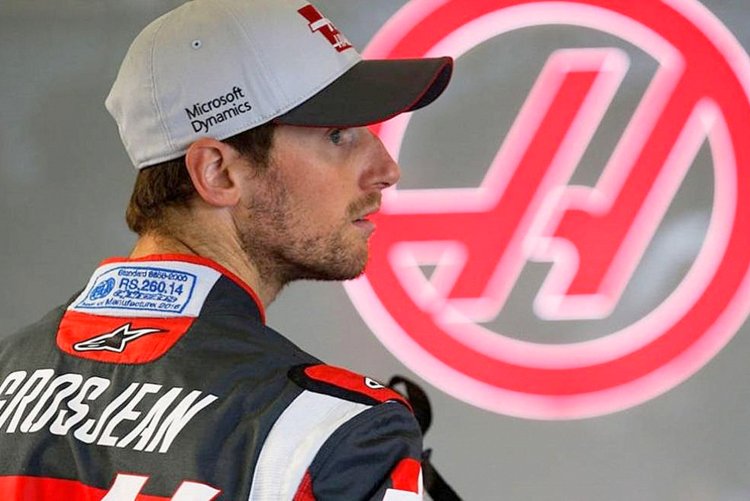 Haas team chief Guenther Steiner believes that his drivers have a good car this year, perhaps even the best of the rest behind the top three, but laments the fact that the American team and their drivers are not maximising the results they could receive with the car.

At the Azerbaijan Grand Prix, Grosjean had worked his way up from the back of the grid to sixth place with ten laps to go in the race, but during the safety car period he appeared too aggressive while trying to keep his tyres warm and lost control of the car, ending his race in the barrier.

It was an unbelievable error by a Formula 1 drivers and Steiner was not impressed, “You don’t expect from a rookie or anybody. I think we are not using the potential of the car to get in the points. We should be quite well up there because the car is performing very well.”

“In the race, we saw we started last and were P8 with Romain behind Perez. That was on speed because everybody had one stop so there was nothing. Sure the Safety Car comes out and we are in P6 all of a sudden but then we go home with nothing.”

Haas have shown how strong their car can be in all four races, but pitstop gaffes and now driver ‘brain fade’ have conspired against them, they only have 11 points to their credit when they could easily have tripled that had they not botched the chances that have come their way.

Steiner gave insight into what it takes to motivate his team amid the slip-ups, “You’ve just got to tell people that you haven’t done anything wrong. It’s not your fault that Romain went in the wall, we did a good job, we did good pit stops, we prepared the car well.

“The whole weekend, until qualifying started, was very well executed, we had no downtime with the car and we did a lot of good things. The guys know themselves if they are good or not.”

“Until you get the momentum going assure them they are doing good. They keep on coming back because they are convinced that we can get it done. They are not lacking.”

“In the position like we are in we have got a good team, everything is good, we just need to get it together for one weekend, execute it well over the whole weekend and we will be fine.”

“Just at the moment, it feels like we always let it slip. Then you always feel like you are running out of time but then again it’s only race four. I’m not saying its fantastic, we should have done better,” added Steiner.