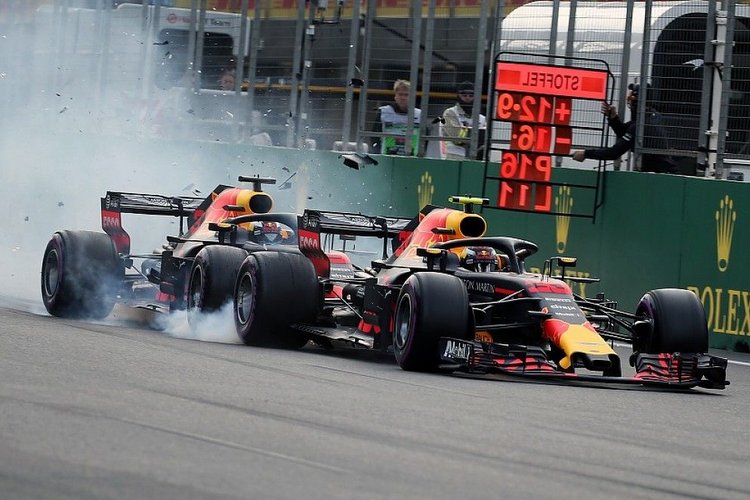 In the aftermath of an incident-packed Azerbaijan Grand Prix, the collision between Red Bull drivers Daniel Ricciardo and Max Verstappen is one that is sure to boil on despite the fast apologies and cries of mea culpa.

But these are racing drivers and one will never accept it is ‘his’ fault, however, they ‘played the game’ in this instance simply to calm the uproar. The real jousting has begun in the energy drinks camp and could get ‘juicier’ as the season progresses.

Mercedes F1 chief Niki Lauda was asked by reporters after the race in Baku what advice he would give his senior colleagues at Red Bull, he retorted, “Go home and cry!”

“It’s a disaster and we had it once [Lewis Hamilton and Nico Rosberg collided on opening lap of 2016 Spanish Grand Prix]. For me, it is 70% Verstappen and 30% Ricciardo. He was moving on him all the time, where can the poor guy go?”

“I would bring them in the office together with Toto and tell them how much less they will get paid because of the damage they have done. Really. We thought about this once, but we didn’t have to do it.”

Toto Wolff had his own take on the matter, “I just think you have to remind them that beyond all the racing that the drivers are here for, there is a large structure in the background that is working 24/7 to provide them with the best possible cars.”

“But equally, you don’t want that lion spirit to be taken away. I’ve said it before, you can’t expect to have two guard dogs in the car and for them to behave like puppies. There are upsides and downsides about having two fast drivers in the car,” added Wolff.

Mercedes were clearly bewildered by how they had lucked into victory on the day and Tweeted to their rivals: “We know exactly how you’re feeling right now! We came back from it, you guys will too!”

Big Question: Whose fault was it: Max vs Daniel? What percentage?