Magnussen: I will give everything. I will die in the car 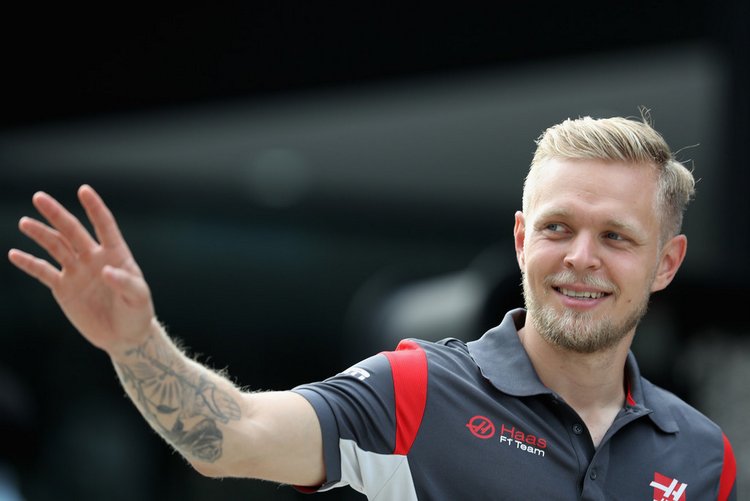 If Kevin Magnussen could be granted one wish, it would be to roll back the decades and go racing in Formula 1’s deadliest era, and is apparently not afraid to die in a race car.

The Danish driver, who has scored all of his U.S.-owned Haas team’s 11 points so far this season and is enjoying his racing more than ever, is not a man who holds back in or out of the car.

Angry rivals may use less flattering, and more colourful, language to describe his on-track attitude but the 25-year-old would settle for ‘uncompromising’.

“I don’t like compromises. I will give everything. I will die in the car. I won’t hold back,” he told Reuters ahead of Sunday’s Azerbaijan Grand Prix. “I would put my life on (the line). Absolutely.”

“When you put your helmet on and you’re in the race, I find that’s just everything there is in the world,” he continued.

“I love my family, and there’s so many things in life I enjoy, but when I’m in the car there’s nothing else that means anything. For me, when I get in the car, the essential of life is Formula One.”

Magnussen is one of those, like Ferrari’s 2007 world champion Kimi Raikkonen — whose admiration for the racers of yesteryear is undisguised.

He is no lover of the ‘halo’ head protection device surrounding cockpits and made mandatory this season, as much for what it stands for as any aesthetic reasons.

If the Dane is appreciative of the governing body for all their efforts to improve road safety for regular drivers, and he is, he also feels the track should be more about risk-taking and bravery than it is at present.

“I dream of racing in the sixties,” he said, a view unlikely to find favour with French teammate and family man Romain Grosjean.

“If I had one wish, I would say to be born in the ‘30s and be young in the ‘50s and ‘60s. It hurts my racing heart when I see things so far from what it was back then. I envy those guys so much.

“It was just pure and more exciting,” he added. “You could make a difference if you were really willing to take risks. And also if you felt comfortable on that limit. Now everyone feels comfortable, there’s no risk.

“Back then, if you have the ability to be calm and collected, on the limit of death effectively, you made a difference. And now that’s not really a factor any more.”

Magnussen, whose father Jan raced in Formula One in the 1990s, has had a roller-coaster ride since his debut with McLaren in 2014.

His second place in that year’s Australian season-opener remains McLaren’s highest placing since 2012, but he sat out 2015 before joining Renault in 2016 just when all hope seemed gone.

In Hungary last year he and Hulkenberg clashed, with the Dane forcing the German off.

When Hulkenberg approached Magnussen afterwards to compliment him sarcastically on being “once again the most unsporting driver”, the Dane’s reply was not fit for a family audience.

“I race hard,” said Magnussen, when asked about that incident. “In a situation like this with a midfield team, you’re not guaranteed to score points. And sometimes you have nothing to lose.

“You might get a penalty, you might lose your front wing but there’s nothing to lose if you’re 11th. Go for it. Sometimes you have to be a lot more aggressive when you’re fighting out there.

This season, Magnussen is enjoying a continuity and security he has not had before. He feels appreciated and at one with his team.

“I really enjoy racing again, I don’t feel that kind of negative pressure, I don’t have that kind of bad feeling that I had, especially at McLaren,” he said.

“I feel so much happier when I go to tracks and to the races. I’m really looking forward to it, like when I was a kid and I couldn’t sleep for a week before the race because I was so excited.

“You went to the track with such a big energy and fighting spirit, that joy. And I’ve got that back now. I haven’t had that (feeling) in Formula One before.”