Williams: Our sport is basically broken! 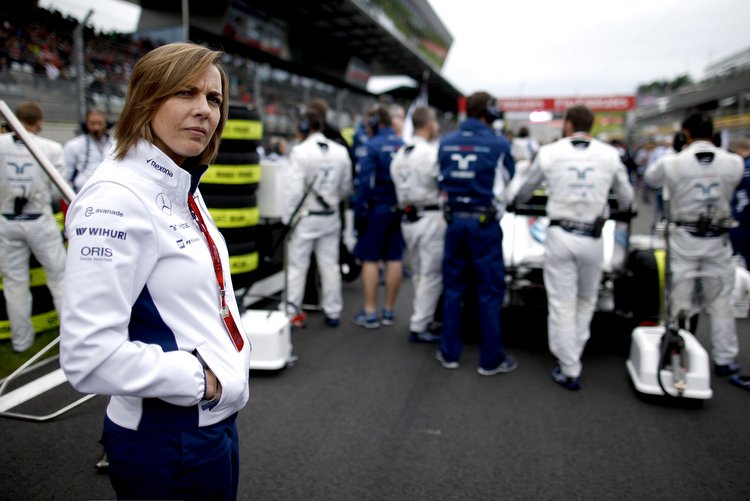 Williams deputy team principal, Claire Williams has slammed the current state of Formula 1, claiming the sport is “broken” pointing to the fact that in the current era only three teams have the ability to win races.

It has been over 100 races since any team other than Ferrari, Mercedes and Red Bull have won, Williams last scoring a victory at the 2012 Spanish Grand Prix with Pastor Maldonado.

Speaking to Blick, the daughter of Sir Frank Williams said, “When I started, I really thought we could win again. Now I do not believe that anymore! These illusions are gone. Our sport is basically broken!”

Although her title is that of deputy, her father remains team principal but is unable to attend races and be at the factory daily, she runs the show

Williams continued, “It’s naive to believe that if you work hard you’ll be rewarded. Except for the three top teams, in future, nobody will win.”

“The financial discrepancy compared to Ferrari, Mercedes and Red Bull is just too big. It’s impossible to keep up and this is sad. If the new Formula 1 bosses actually put in place a $150-million budget cap from 2021, then we could survive.”

Williams currently have over 600 employees to put two cars on track for the 21 races of this year’s championship, despite this, they are struggling at the wrong end of the grid.

In 1992, when the team were world champions with Nigel Mansell, less than 200 people worked at their Grove headquarters and that season operated on a budget of around $50-million.

In the eighties and nineties, Williams were the team to beat. Only Ferrari have more F1 constructors’ world titles, while their 114 grand prix victories is only bettered by the Italian team and McLaren.

But this century the team has slid down the order and this season are at their nadir. To reverse the slide Williams took onboard Paddy Lowe to lead their technical department which includes former Ferrari designer Dirk de Beer.

Expectations were high for the team ahead of 2018, but their drivers 19-year-old Lance Stroll and rookie Sergey Sirotkin have yet to score a point. The FW41 has fallen well short of what is required to move the team up the pecking order, instead, they have slipped down to the wrong end of the field.

Williams pulled no punches when talking about their current predicament, “There are teams at the moment who have less money than we do but are doing a better job.”

“We brought in many good people in 2017, but our expectations were too high. All problems always start at home, in the factory,” added Williams.