Alonso to quit Formula 1 at the end of the year? 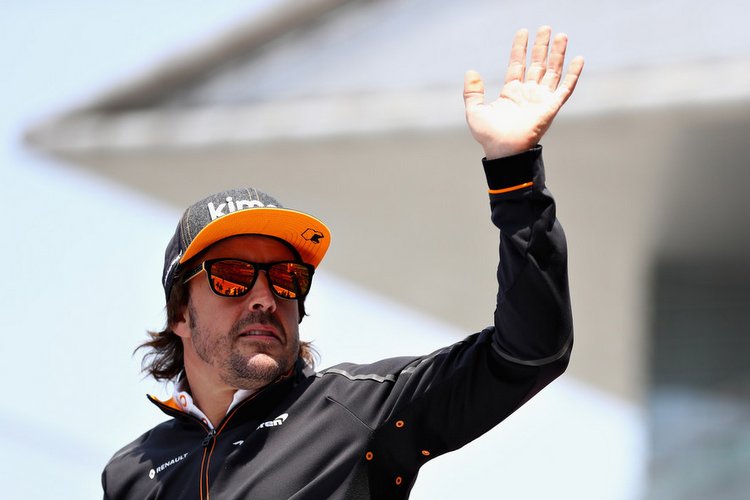 A report in Spanish publication Diario Gol suggests that a disgruntled Fernando Alonso is set to quit Formula 1 at the end of this season and focus on his quest for the Triple Crown of motorsport.

Much was expected of McLaren’s new era with Renault power. Management and Alonso himself believed that ditching Honda and becoming a customer team of the French manufacturer would catapult them from mid-pack oblivion to race winners.

They believed they would find the ‘magic button’ that has eluded them for the past six years and challenge Red Bull but this has not transpired and instead, they face another hard slog nowhere near where they expected to be, which in turn has left their star driver disenchanted and reassessing his future.

Both Alonso and his teammate Stoffel Vandoorne are only contracted to the Woking outfit until the end of this season.

The Diario Gol report goes on to suggest that McLaren will use Alonso’s vast experience to develop their current car for the remainder of the season and then engineer his departure from the team.

This will then free up a seat alongside Vandoorne, in 2019, for their bright young rising star Lando Norris, the 18-year-old reportedly holding a contract with the team promising him a F1 drive should he win the Formula 2 championship this year.

Such a scenario makes sense for the beleaguered team as they will thus rid themselves of Alonso’s hefty pay packet while Vandoorne and Norris will spearhead the team into a new era and into the future.

This will free up 36-year-old Alonso to focus on a WEC (including Le Mans) programme and at the same time afford him another crack at the Indianapolis 500 – the two races he needs to win, to add to his Monaco triumphs, and become the second Triple Crown winner in the history of the sport.

Graham Hill is still the only man to have accomplished the unique feat to date.

The report adds that Alonso will only remain in Formula 1 beyond 2018 if he can secure a seat with Ferrari or Mercedes.

A return to Maranello is highly unlikely as his departure from the Italian team at the end of 2014 was far from amicable and Sebastian Vettel will hardly welcome the divisive and highly political Spaniard back into the fold.

The report speculates that if Hamilton and Mercedes are beaten this year in the championship, the Silver Arrows bosses may be tempted into ousting Valtteri Bottas and hire in a big name driver to ‘motivate’ the Englishman – enter Alonso into the equation…

However, a move to Mercedes is unlikely to be countenanced by their four times F1 World Champion, while it is well known that the team’s non-executive chairman Niki Lauda is no fan of Alonso’s politicking.

Alonso has clearly stated that the reason he remains in Formula 1 is to win a third World Championship title,  but the truth is that for him to do so he needs a car that can challenge and beat Ferrari, Mercedes and Red Bull. Barring a miracle McLaren will not be doing so anytime soon, something that has for sure not escaped Alonso.

Despite the speculation presented in the report, it is common knowledge in the F1 paddock that Ferrari and Mercedes will not hire Alonso, thus his dream of a third title will remain just that.

Facts are that he has not won a race since the 2013 Spanish Grand Prix and he has not celebrated on a F1 podium since 2014.

However, that the winner of 32 grands prix will quit – after the season finale in Abu Dhabi this year – is a far more likely prospect, because there is simply little, if no light, at the end of the tunnel for Alonso where he is now and the doors are firmly shut for him with the Big Three teams.

Big Question: Is it a case of ‘hasta la vista’ for Fernando in Formula 1?