Lauda: Max needs to sort himself out, nobody can help him 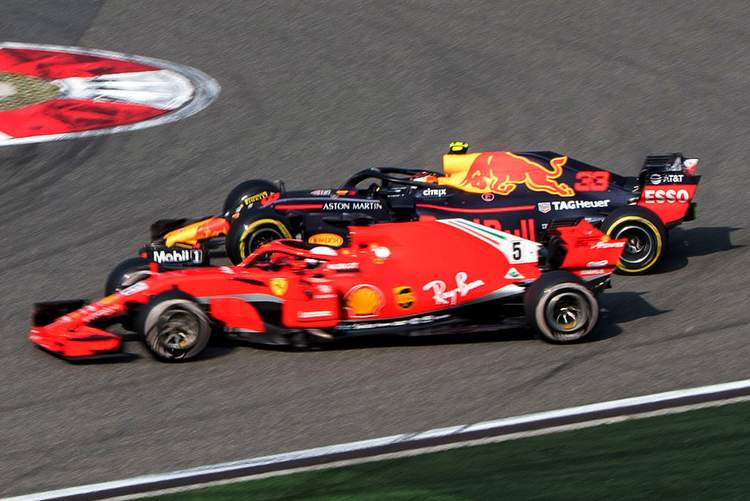 Mercedes non-executive chairman Niki Lauda did not mince his words when he slammed Max Verstappen for the 20-year-old Dutchman’s shenanigans during an enthralling Chinese Grand Prix.

Verstappen shot himself in the foot with some ill-timed moves during the race in Shanghai that compromised his own race. He first came off second best when trying a no-go overtake, in Turn-7, on the Mercedes of Lewis Hamilton which resulted in the Red Bull being forced off track to avoid a collision.

This dropped Verstappen down the order. He then fought back, with a strong car on fresh rubber, but he was too impatient and clattered into the Sebastian Vettel with an impetuous attack that resulted in both drivers spinning and losing valuable time.

At that point, the Ferrari on ageing mediums was no match for the Red Bull on the fresher soft tyres. A couple of corners later and Verstappen could have taken the Ferrari with ease.

Four times world champion Vettel, a victim of Verstappen’s alighted his car immediately after the race, sought out the Red Bull driver and was seen having a stern word with the Dutchman.

Afterwards, the Ferrari driver told reporters, “I said to him: look, the race is long and you threw your podium away. In that situation, he has to change his style otherwise it will happen again.”

As a result of the incident, championship leader Vettel limped home in eighth, while Verstappen recovered to cross the line in fourth, but a penalty dished out by the FIA stewards for his rash move dropped him down to fifth.

Facts are that Verstappen was on course for victory with the package he had under him during the latter half of the race in Shanghai. But he threw it away.

On the other hand, his teammate Daniel Ricciardo with similar ammo at his disposal, after the safety car period during the race in China, showed how it should be done as he delivered a flawless masterclass in race craft, turning sixth place on lap 35 into victory on the day.

Triple F1 world champion Lauda was clearly not impressed with Verstappen when he told reporters after the race, “It was completely Max’s fault.”

“When you compete in more races you should get more clever – especially when you want to win or challenge for the championship. But he is going the other way. He needs to sort himself out, nobody can help him.”

Verstappen has 63 grand prix starts to his CV and has won three times, but right now he seems increasingly desperate and, these days, many in the paddock say he is an accident waiting to happen every time he starts a race.

Lauda continued, “He is not young. He is old in Formula 1 now so he is like everybody else. It is not necessary because it hurts him as well.”

Verstappen was contrite in his post-race admission of guilt for the incident with Vettel, which is a credit to the youngster but it remains to be seen if this is mere talk or if he will change his do-or-die style and start delivering the type of performances we all know he is capable of.

Big Question: Does Verstappen need to change his approach and style of racing?