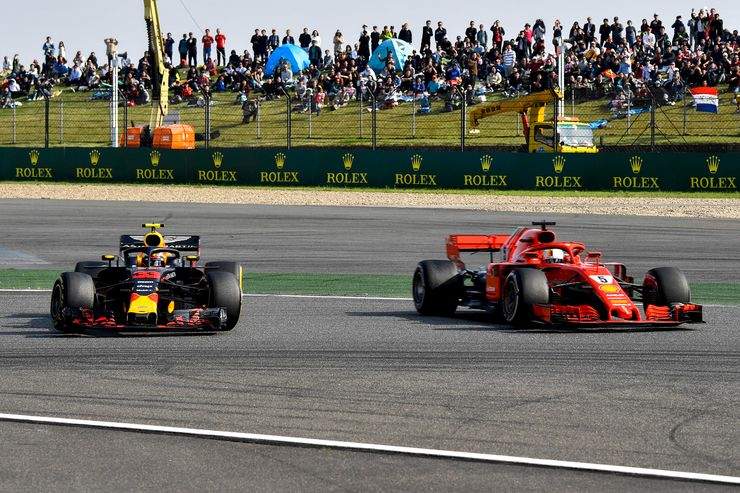 Sebastian Vettel looked on for a win at the Chinese Grand Prix until he was clattered into by overambitious Max Verstappen which caused the pair to spin and thereafter the Ferrari driver struggled for pace and dropped down the order to eighth when a podium, if not victory, was on the cards.

Speaking after the race in Shanghai, Vettel gave told reporters, “I didn’t see him until very late, so I left a little bit of room as well. To be honest I was expecting him to come earlier.”

“I had no intention to resist because it was clear with Daniel [Ricciardo] as well that there was no point doing so as they were just too fast on the fresh tyres. I didn’t want to compromise my race to the guys behind.”

“But then obviously he did a mistake, he locked up, which happens. We had a tailwind down that straight the whole race, so I guess he misjudged and compromised both of our results.”

Verstappen was quick to admit his mistake, but when asked if the young Dutchman’s inexperience could be blamed for the incident, Vettel said, “Not anymore, he’s done enough races. Again, this can happen to you when you’ve done 300 races.”

“Inside the car you mustn’t forget that the judgements are very difficult to make. But you have to ultimately have these things in mind and make sure you don’t crash. He could have easily taken his front wing off or got a puncture, whatever.”

“Then it’s game over for both of us in that case. Obviously, we are both lucky, but that’s how it goes,” mused Vettel who departed Shanghai with a nine-point championship lead, down from 16 points before the third round of the championship.