Gasly: It was just a little joke with Alonso 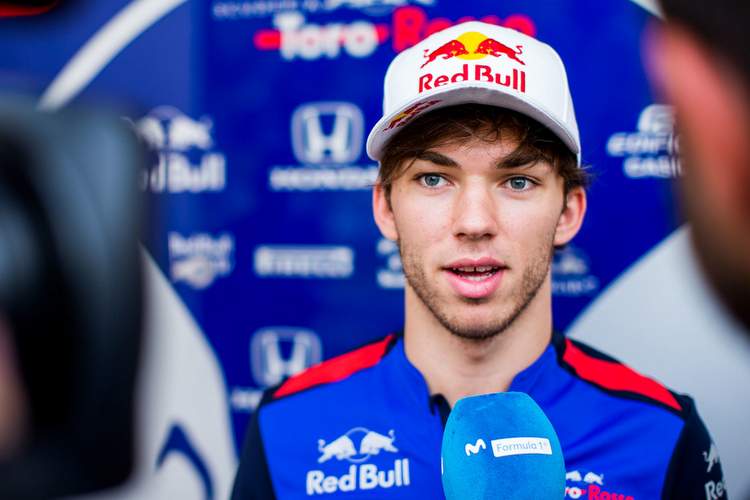 For sure Pierre Gasly did not realise he would irk Fernando Alonso fans when, in Bahrain, he mimicked the Spaniard in a cheeky radio message to his pitwall when he said “now we can fight” which was verbatim what the Spaniard said after securing fifth place at the Australian Grand Prix two weeks earlier.

Fourth place in Bahrain was the best result for a Honda-engined F1 car since the Japanese marque returned to F1 in 2015 as an engine manufacturer as well as Gasly’s best ever result in his seven grand prix starts.

The history between Honda and McLaren is well known, thus no surprise and inevitable that Toro Rosso is being compared to Alonso’s team this season and no doubt beyond.

Ahead if the Chinese Grand Prix weekend, the French rookie is adamant that no offence was meant with his quip, “For me it was simple, it was just a little joke. I think we need to give credit back to Honda.”

“In the end, it was a really tough three years with McLaren and to finish P4 in just our second race with them is amazing so it was a way to give them back credit. They are working really hard and I think they need credit for the hard work they are doing.”

Gasly also revealed, “I’ve had some pretty tough messages after the race by some Spanish people, they were actually quite crazy. I have huge respect for Fernando so just to make it clear please don’t get me wrong.”

“Fernando is one of the best drivers of all time in Formula 1 and one of the drivers I looked up to when I was young and he was one of my idols so I have a huge respect to him. It was nothing related to him it was a comment for Honda and I think they deserved the credit.”