Alonso: We need to start further up the grid 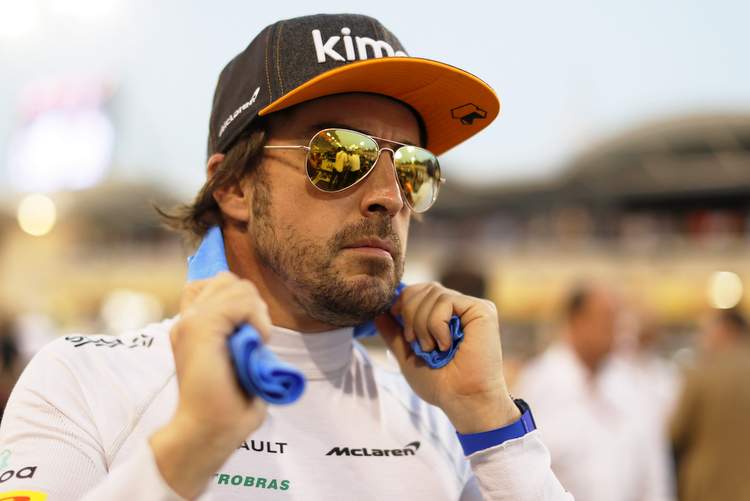 With two double points finishes in the first two races of the Formula 1 season, McLaren’s star driver Fernando Alonso is happy with the race pace he has in his car but acknowledges that they need to focus on its qualifying pace.

Heading to round three in China, Alonso reflected on his evening at the Bahrain Grand Prix, “For sure it was a great Sunday for us. We weren’t too sure about the race pace, qualifying had gone a bit wrong for us, so to score points with both cars is a great result.”

“But we need to understand what’s the gap to those in front and improve, because for sure we had a difficult weekend, more than expected.”

“We saw in testing, in Australia and here that we’re lacking a bit in qualifying pace but then the race pace is a bit better. It’s on Sundays we get the points, so this trend is good as we keep scoring some good points. But for sure we need to start further up the grid.”

“The team did a good job with the strategy, the pit stops and reliability, we got the points, good points. Looking at how the weekend started and the pace we had it’s clear we have to improve, to make a step forward. We need to raise our game, because what we have is not enough, but on Sundays we’re delivering the results. Fifth in Australia, seventh here, that’s 16 points, so it’s good.”

“What counts most is not your grid position, it’s your race pace, your start, the whole first lap, your tyre management, your fuel efficiency, there are a lot of factors and we’re handling better than just qualifying speed. We were too slow in qualifying and need to improve that because when we start behind we compromise our race result.”

Inevitably comparisons with Toro Rosso will be ongoing as the Red Bull junior team runs Honda power which they inherited from McLaren, who in turn ditched the Japanese engine builder in favour of Renault.

Toro Rosso’s Pierre Gasly had a stellar weekend on his way to fourth at Sakhir, beating both McLaren’s in the process.

When asked about this, Alonso replied, “Toro Rosso’s pace can be seen as a surprise or not. Seeing all the trouble they had in Australia and where they’re coming from, it’s a surprise, but here we knew that historically Toro Rosso has always been very quick, and it was surprising to see they were even more competitive this weekend.”

“But I think that in terms of championship we’ll be ahead of them. They made a huge step forward, so I’m hoping we’ll do the same,” added the Spaniard.

Big Question: Is the pain over for McLaren?