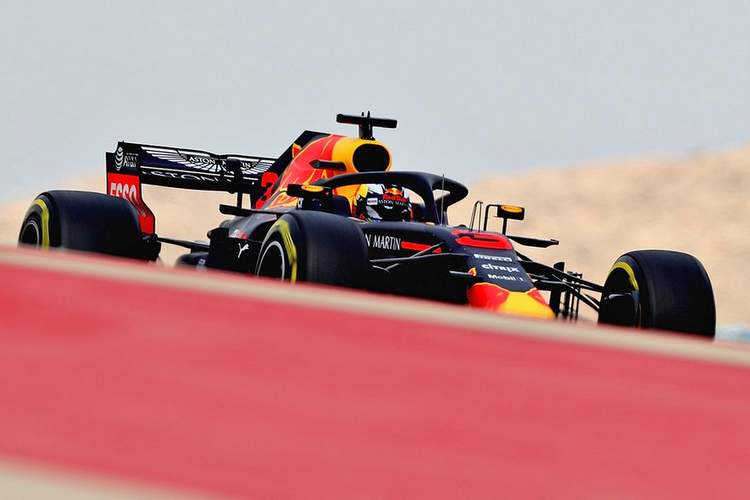 It was a session of vastly different fortunes for Red Bull, as Daniel Ricciardo topped the timing screens at the end of the first free practice session of the Bahrain Grand Prix weekend, while his teammate Max Verstappen stopped his car without completing a timed lap.

Ricciardo powered around the Sakhir Circuit setting a best lap of 1:31.060 which was three tenths up on next best Valtteri Bottas in the Mercedes and 0.4 of a second ahead of Ferrari’s Kimi Raikkonen, whose teammate Sebastian Vettel placed fourth.

After an early run on medium tyres, the Australian spent the bulk of the session in the garage but bolted on a set of soft tyres towards the end of running and 15 minutes before the end of the session vaulted to the top of the order with a time of 1:31.060.

Verstappen had a very short session, his car coming to a halt with supposed electrical problems. Mechanics tried to sort the problem but car #33 did not emerge from the pits again. He was last on the timesheets with no time set.

World champion Lewis Hamilton was fifth. The Mercedes driver had a tricky session, twice using the run-off area to correct mistakes and finishing more than one second behind Ricciardo.

Behind the top three teams, Haas finished the session as best of the rest, with Romain Grosjean 1.4s off the pace in sixth place and teammate Kevin Magnussen ninth.

Pierre Gasly was seventh for Toro Rosso, just 0.263s behind Grosjean and just over a tenth of a second ahead of the eighth-placed Renault of former Toro Rosso man Carlos Sainz.

The bonus for the Italian squad was that Gasly set his best time on soft tyres, while a number of drivers, including Sainz and 10th-placed Renault team-mate Nico Hulkenberg, used the red-banded supersoft tyres to set their best times. 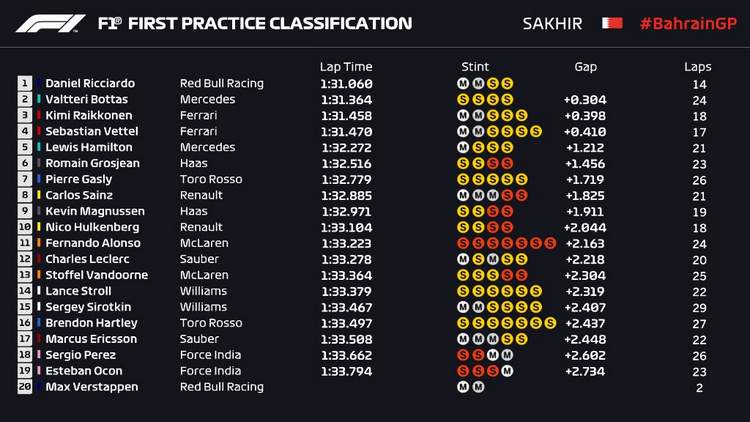