Early problems for Verstappen during FP1 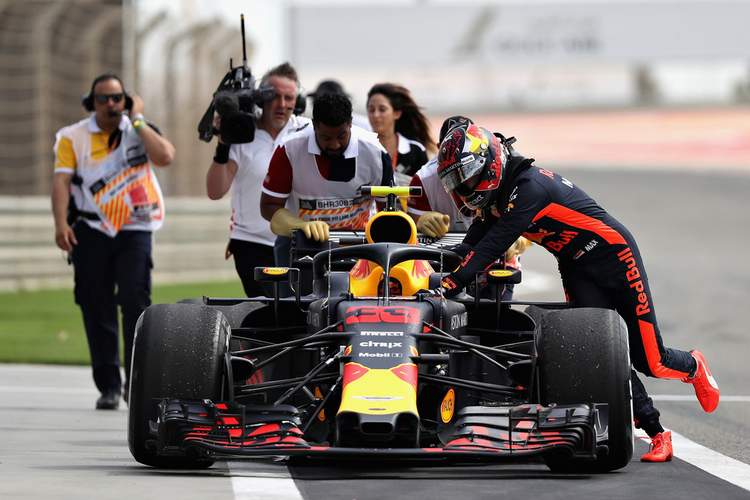 Red Bull and Max Verstappen were put on the back foot minutes at the start of the first free practice session of the Bahrain Grand Prix weekend with a problem that severely curtailed the Dutchman’s running time on a hot afternoon at Sakhir.

Max back in the garage during FP1 as the Team investigate an electrical issue with his #RB14. Team hard at work in the hope he’ll be back out for the session 👊 #BahrainGP pic.twitter.com/XcRPxCXXzX

“Mode one and box” was the command from the pitwall over the team radio during his first timed lap a mere five minutes into the session.

“I’m running out of speed, it is not accelerating,” Verstappen informed his engineer before parking the car.

Then, he got himself a solid workout in 30 degrees as he helped marshalls push the stricken Red Bull to the side of the track. Fortunately for him not too far from the pitlane.

Verstappen’s car parked in the pit garage with mechanics sorting out the electrical issue. But with this repaired the problem remained and he did not get to go out again.

In the garage next door Daniel Ricciardo did less running than most as he was held in the pits for long periods of time as the team sorted out a drive problem.

Not a good start to the weekend for Red Bull, but if you were forced to sacrifice a session, FP1 in Bahrain will be one of the less valuable ones to forfeit.