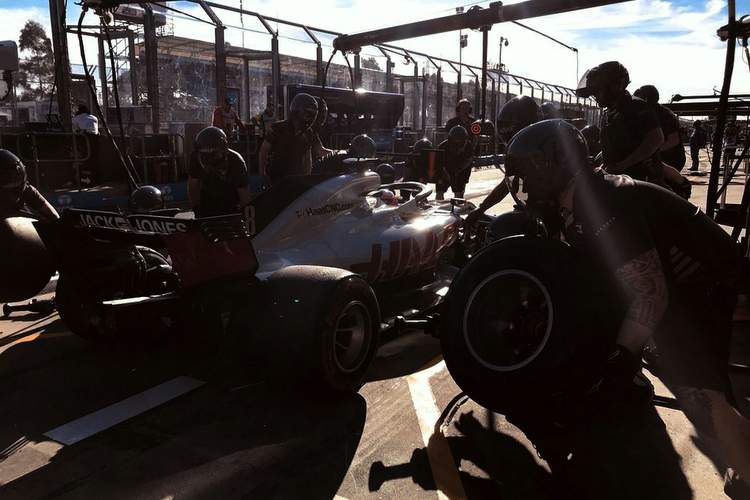 Haas have swapped their pit crew around for the Bahrain Grand Prix weekend after mistakes during the first race of the season in Australia two weeks ago cost the U.S.-owned Formula One team a likely best-ever result.

Drivers Kevin Magnussen and Romain Grosjean retired within two laps of each other at Melbourne’s Albert Park circuit after wheels were not properly fitted during their respective pitstops.

The pair had been running in fourth and fifth places up until that point. The team’s best-combined result so far is eighth and ninth in Japan last year.

“We swapped a few positions [mechanic] and the main reason is not because they did the mistake, but getting their confidence back,” team principal Guenther Steiner told reporters at the Sakhir circuit on Thursday.

“The guys which feel most of the pressure, you tell them: Hey, go and do another position for a few races just to get the confidence back up.”

“The last thing you want after an event like two weeks ago is to have a low confidence in anybody because then mistakes will happen again.”

Steiner refused to single out any single individual for blame, pinning the cause of the mistakes on a lack of pitstop practice instead.

“We were very good at the end of last season. And that just maybe gave us a little bit of over-confidence that we didn’t practice in Australia,” he said.

The Ferrari-powered team, who made their debut in 2016, have stunned rivals with their speed this season. Magnussen and Grosjean started the Melbourne race fifth and sixth, the team’s best-ever starting positions.

Their surprising turn of speed has drawn scrutiny from rivals who have remarked on the resemblance of the team’s 2018 car to last year’s Ferrari.

Some rivals have questioned, in talking to the media, the team’s relationship with Ferrari and the rules that allow them to share some parts.

Steiner said none of those rivals had brought their issues to him, however, “They spoke about us, but not to me so I’m not worried about that.”