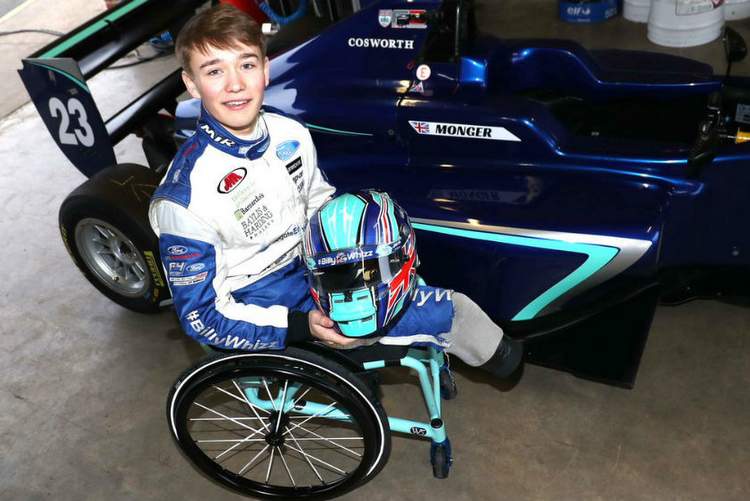 British teenager Billy Monger drew plaudits from Formula 1 and across the world of motorsport on Saturday after finishing third on his F3 debut less than a year after his legs were amputated.

The 18-year-old walked on to the podium on prosthetic legs after competing in a specially adapted car at the opening race of the British Formula Three championship at Oulton Park circuit.

Four-times world champion Lewis Hamilton’s Mercedes team joined Formula One drivers and others on Twitter in congratulating the youngster for his remarkable comeback achievement.

Monger lost his legs after a Formula Four crash at Donington Park last April, with more than $1-million raised to help his recovery through a crowdfunding campaign.

The accident, with the teenager smashing into the back of a stationary car, led to Formula 1’s governing body ordering a change to the rear jack points of cars for safety reasons.

The Formula 1 world is impressed:

What an inspiration you are!!!! #NeverGiveUp https://t.co/vuW7rUr0BB

Impressive job by @BillyMonger in his first Qualy session! You’re an inspiration to all of us mate… best of luck! Go get that podium! 👊👊

Congrats Billy ! Never give up has never been so true 👍
Wishing you all the best for the future races and the season https://t.co/N5Lco8WFWv

P3 Baby! Huge thanks to @CarlinRacing and a special mention for @Chilychilton for helping me make this possible! 🏁 #BillyWhizz pic.twitter.com/HAciAQ8WaL