Verstappen: Something broke and I lost grip 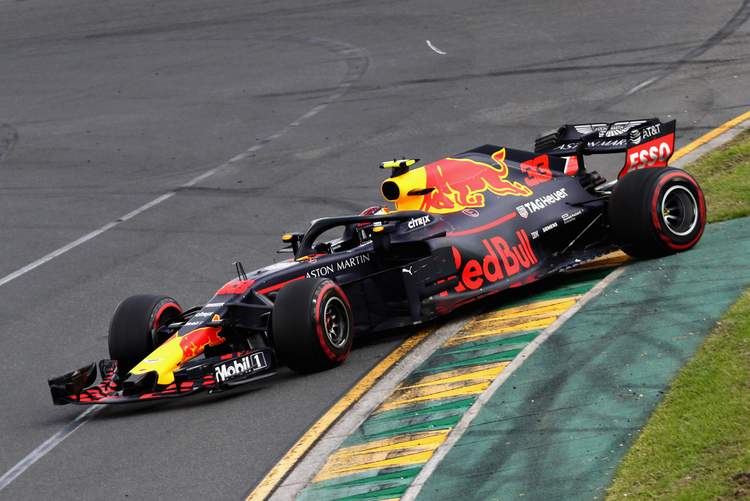 Max Verstappen finished sixth fastest at the season-opening Australian Grand Prix, after a somewhat lacklustre performance by the Dutchman in what appears to have been a damaged Red Bull.

Starting from fourth, Verstappen was overtaken by Kevin Magnussen and on lap ten, while chasing after the Haas, Verstappen spun on lap ten and dropped down the order to eighth.

With both Haas drivers retiring around the half-way mark, Verstappen was promoted up the order but had to settle for sixth, coming out second best in a gritty late race tussle with McLaren’s Fernando Alonso who finished fifth.

Verstappen reflected on his afternoon Down Under, “The start was quite okay. Then I got pushed a bit on the wrong side, causing Magnussen to go round the outside. That can happen.”

“After five, six laps, I was suddenly having a lot of understeer while running behind of Magnussen. Something had broken off from the car causing me to lose a lot of grip in the middle of the corners.”

“Then I took the first corner and lost the car. After a 360 degree spin, I was able to continue on and even lucky to not have lost even more positions.”

“During my pitstop, the team saw the damage as well. The parts had come off before I had the spin. Nobody knows how this happened. This made me lose all the grip and the car was hard to drive. The team was actually surprised that I was able to maintain those lap times.”

Verstappen explained that catching Alonso was one thing, but getting by the McLaren was another, “You are just not able to overtake here, but that was to be expected. Even if you are a second or a second-and-a-half quicker, there is just no possibility.”

“These things can happen. Given the circumstances, with the damage we had, we still scored some decent points. As soon as we were in clean air, it went well. The speed also was fine, so we don’t have to worry.”

“We only need to focus on doing a flawless qualifying and everything should pan out well during the race. Up to the next one,” concluded Verstappen.