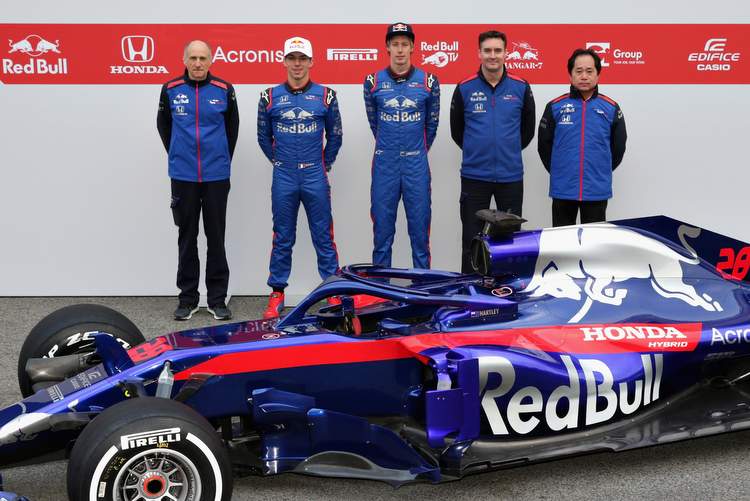 Ahead of the opening race of the 2018 Formula 1 season in Australia on March 25, we take a look at what is in the offing for Toro Rosso after an off-season of changes.

Despite using five drivers across the course of the season, Toro Rosso managed to finish seventh in the constructors’ championship – just four adrift of Renault.

However, Carlos Sainz Jr was responsible for 48 of those points and is no longer with the team having been loaned to Renault for the final four grands prix of the season.

Daniil Kvyat was dropped for Pierre Gasly towards the back end of the year, but Toro Rosso will be hoping that decision stands them in good stead for 2018.

The 22-year-old’s protracted move into a regular seat came at last year’s Malaysian Grand Prix and, although he failed to finish in the points in his five outings, expectations are high. Gasly, a GP2 champion in 2016, will be eager to make his mark.

Gasly: “It’s a big year ahead and I’m super excited about it all, starting testing and then the first race isn’t that far away. I just want to smash it for the 21 races that we have ahead of us.”

Two races after Gasly got his first start, Hartley was put behind the wheel of an F1® car for the first time in his career. The 28-year-old New Zealander claimed his second World Endurance Championship title in 2017 in a campaign that included his first triumph at the 24 Hours of Le Mans, showing he has the pedigree to mix it with the best.

Hartley: “It’s been a strong start to the partnership with Honda, so I think everyone’s really positive after the test days and we’re really looking forward to Melbourne.”

Toro Rosso have enjoyed solid testing at Barcelona, with Pierre Gasly recording one of the best times on the hypersoft tyre, though it was over one and a half seconds slower than Sebastian Vettel. Their performance will largely depend on Honda, and whether they have improved sufficiently to power a competitive car.