McLaren’s season gets off to a wobbly start 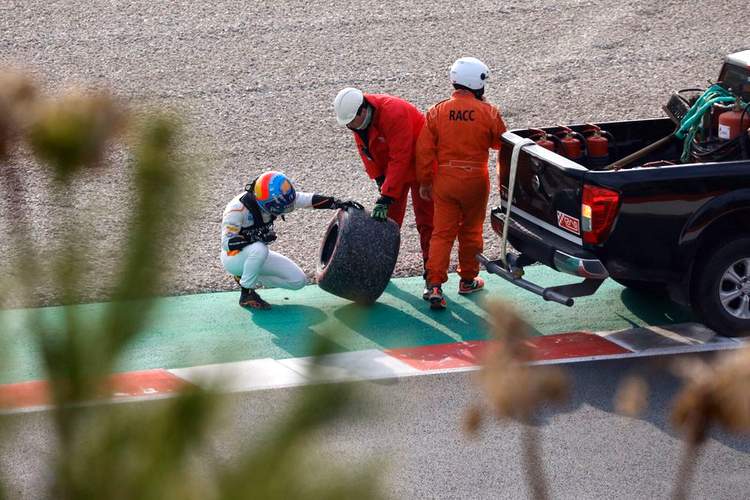 McLaren’s season got off to a wobbly start early on in day one for preseason testing in Barcelona when the rear left tyre on Fernando Alonso’s new McLaren MCL33 wobbled off the car causing the Spaniard to lose control and spin into the gravel.

It was not the start the team would have wanted as they begin their new era as a Renault powered customer after three years of misery with Honda.

The car was towed back to the pits and shortly after the team reported: “We’ll be back out on track soon – just need to remove that pesky gravel.”

A little later team chief Zak Brown told reporters, “We’ll lose very little time, so no big deal at all. There’s no drama in the garage, everyone is quite relaxed and getting on with it. It’s quite an easy fix that we’re doing to get back out on track.”

“This team is used to public pressure and having eyes on us. We enjoy that and like to step up to the plate and grab our opportunities. We’re not feeling any added pressure that we don’t put on ourselves,” added Brown.

He returned to the pits holding a piece of the damaged wheel, suggesting there had been a mechanical failure. He also peered into the right rear of the car while it was beached in the gravel.

Shortly before the lunch break the papaya orange MCL33 was back out on track to make up for valuable lost time.

The wheels quite literally came off for Fernando Alonso earlier 👀

Just a handful of laps in – not an ideal start to #F1Testing for McLaren 😬#F1 pic.twitter.com/atANeIlr7L