Ricciardo: I would love to go up against Lewis 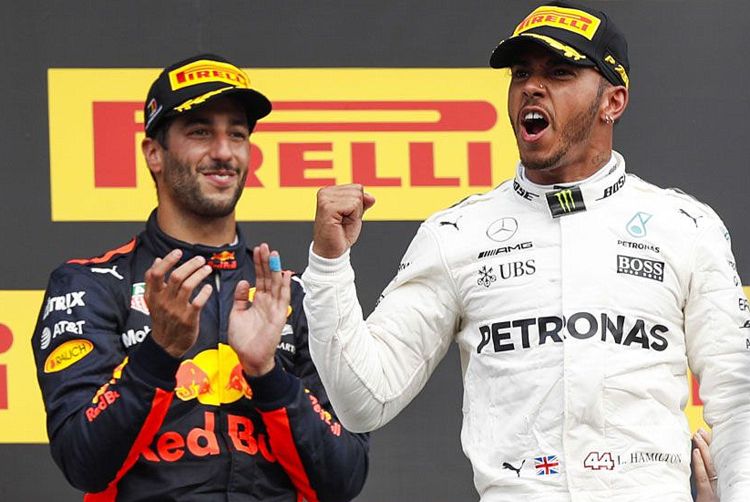 Daniel Ricciardo’s future in Formula 1 is a hot topic and will only get hotter as the season progresses until the Australian puts pen to paper, meanwhile the Red Bull driver admits that he would relish being teammate with Lewis Hamilton.

Speaking to Racer, Ricciardo revealed, “I would love to go up against Lewis at some point, irrespective of the team situation. That would be fun…”

“I have never really been too fussed about the type of teammate. People will probably call me a liar for this but I would like a fast teammate.”

“You are always going to get more out of yourself and it’s going to be more of a true valuation, how good you are, where you stand.”

“I’m in this sport, yes, to win, but to win by being the best, and not getting lucky or whatever. If I win a title I want to know that I was the best guy that year.

“To be the best you have to go against the best. I’ve certainly got a good one alongside me now with Max.”

Meanwhile, Ricciardo is wary of the situation he currently finds himself in, “I don’t want to treat it like the big dog holding every card and everyone’s going to listen to me and wait for my call.”

“I spoke briefly with Red Bull since the end of the season and they haven’t given me an ultimatum either, they haven’t put a contract in front of me and said: Sign it this week or we’re moving on.”

“They’ve been kind and given me some time, and they understand that I kinda want to say where we are in the first race or two,” added Ricciardo who hinted that he will make his final decision around April.

However an occasional message to Mercedes, and Ferrari for that matter, no doubt keeps the big smiling Aussie on the radar of key decision makers in the F1 paddock… and it’s also not the first time Ricciardo has revealed his desire to team up with Hamilton.