Renault and BP Castrol extend for the long-term 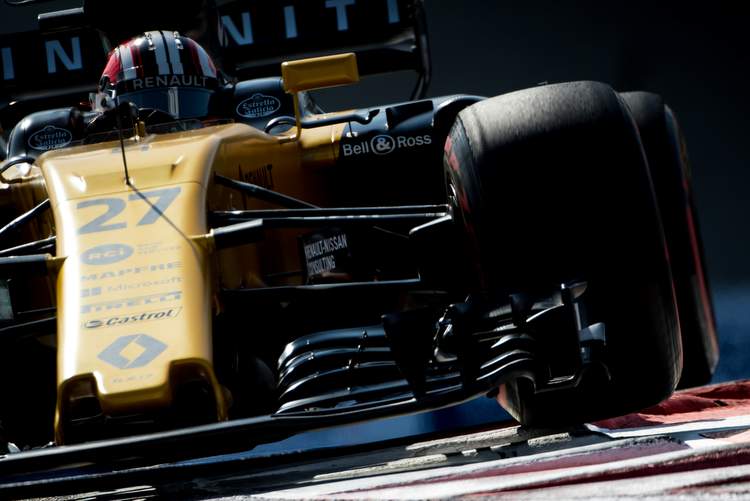 BP Castrol announced that they will continue to be sponsors of Renault Sport Racing for at least the next five years, after a successful first season partnership last year.

BP and Groupe Renault through Renault Sport Racing have today announced a significant strengthening of their relationship, which will see the global energy company continue its support of the Renault Sport Formula One Team for at least the next five years and explore new opportunities to work globally with the Renault-Nissan-Mitsubishi Alliance.

Building on their first season together, and a successful meeting between Renault Chairman and CEO Carlos Ghosn and BP Group Chief Executive Bob Dudley during which they shared their vision for the future, BP, Castrol and Renault Sport Formula One Team will collaborate in a number of areas, both on and off the track.

In addition to the fuel and lubricants supply by BP Castrol, the partnership will go beyond Formula 1 and see the partners collaborate on the joint development of advanced mobility solutions and new technologies.

Jérôme Stoll, President of Renault Sport Racing, said: “We are tremendously proud to announce this significant strengthening of our relationship with BP Castrol after laying strong and stable foundations together in 2017. BP and Castrol are at the cutting edge in their respective fields and a partnership of this scope, breadth and duration highlights the intents and goals of both parties.”

Tufan Erginbilgic, CEO BP Downstream, said: “We look forward to our continued relationship in Formula 1 and to exploring a wider global co-operation with the Renault-Nissan-Mitsubishi Alliance including the further joint development of advanced mobility solutions and new technologies. The automotive landscape is changing faster than ever before and BP is committed to remaining a leader in the development and marketing of fuels and lubricants. This partnership enables us to combine the excellent skills and knowledge across both organizations to tackle the challenges and explore the opportunities of this rapidly evolving market.”

BP and Castrol are the official fuel and lubricant provider for the Renault Sport Formula One Team. Castrol also supplies lubricants to the team’s Enstone technical centre and Renault Sport Racing’s Viry-Châtillon engine operations base.

The BP and Castrol brands will continue to be seen on the team’s Formula 1 livery, including the 2018 R.S.18 car, which will be unveiled online on February 20.