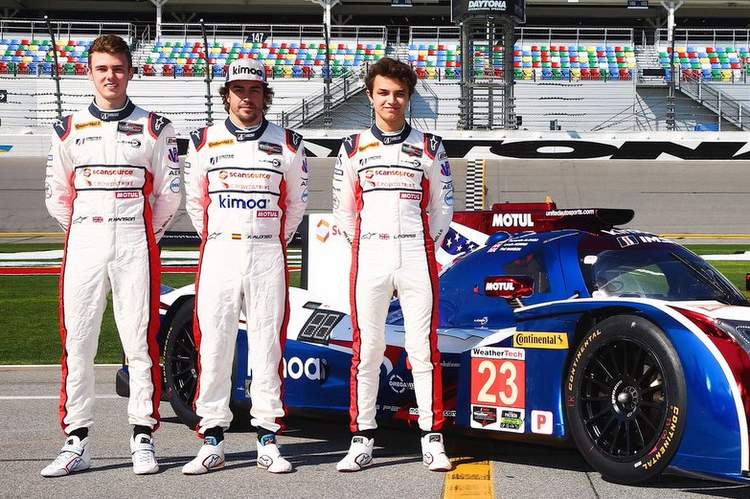 The Daytona 24 Hours weekend gave Fernando Alonso and McLaren reserve driver Lando Norris the opportunity to work together and after the weekend in Florida, the Spaniard was left highly impressed by the promising young British driver.

Reflecting on a weekend in which he shared the United Autosports Ligier LMP2 with Norris and Phil Hanson, Alonso said, “About my teammates, maybe it’s not a surprise [to me], but for the people that don’t know Lando, it will be a surprise for them. The things he did were very impressive. The teamwork, the preparation, the focus.”

“So even in wet conditions, his first time in a prototype, first time in Daytona, first time with Continental tires, he recovered 33 seconds in 20 laps or something like that. He is 18 years old, so that is quite impressive…”

Alonso and his co-drivers finished 38th despite the Spaniard leading briefly early on in the race, but it was obvious that the Ligier he drove lacked the pace to compete for top honours, “It was amazing teamwork. First, with United Autosports, the package maybe was not as competitive as some other packages out there but we were very fast in the race.”

“We were probably easily on the podium, the other car was fighting for the podium and finished P4. That’s amazing, what United Autosports can achieve as a team. We had too many issues in the race but the mechanics kept focused and they kept motivated all race long. That was a good example of teamwork and dedication,” added Alonso.