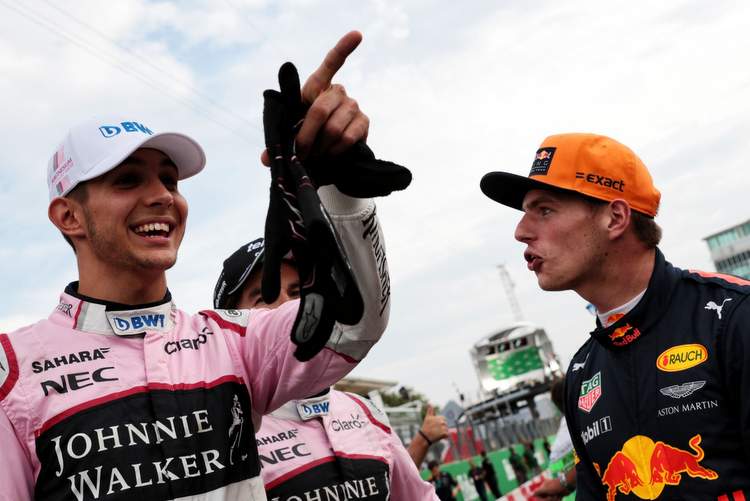 Esteban Ocon was at one time part of the Renault Sport driver development programme, but in 2016 Mercedes scooped the youngster and added him to their DTM programme before setting up with a seat with Manor for the final nine races of the season.

Last year the Frenchman moved to Force India and since then his shares in Formula 1 have sky-rocketed with a solid full first season in the sport at the highest level.

Invariably Ocon is compared to Red Bull sensation Max Verstappen. The duo raced in Formula 3 together in 2014, Ocon emerging champion that year.

This year the pair are teamed up with highly respected and more experienced drivers. Verstappen coming to terms with Red Bull teammate Daniel Ricciardo, while Ocon did well to even out the balance of power within the team by keeping Sergio Perez honest.

Prost observed, “I was very impressed by Esteban Ocon last year. He was very consistent in a very good team, with a very good car and facing Sergio Pérez, who is a talented, respected and an established driver. He managed his season well.

“If you put aside the top drivers, obviously Max [Verstappen] was sometimes really impressive and sometimes unbeatable, but as a whole Esteban’s season was perhaps more impressive than Max’s,” added Prost.