Rosberg: Hopefully Hamilton and I can be friends again 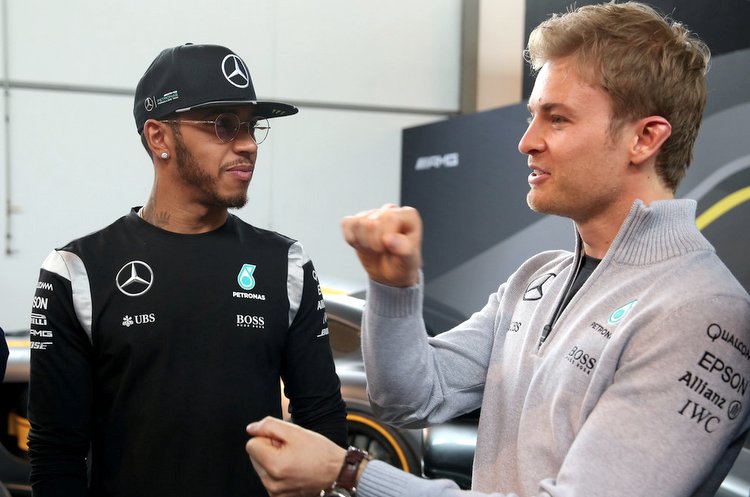 Over a year since he announced his retirement from Formula 1, immediately after winning his first world championship title, Nico Rosberg admits that he is open to rekindling the good friendship he once had with Lewis Hamilton.

The pair endured a fractious four years as teammates at Mercedes in which their once healthy friendship deteriorated to the point of pure animosity and constant friction between the pair. By the time Rosberg had departed Mercedes the pair were no longer on speaking terms.

When Rosberg quit at the end of 2016 he had beaten Hamilton in the championship for the first time. Earlier in their partnership, the Briton claimed back-to-back titles in 2014 and 2015 while the German played second fiddle.

Now that the rivalry is something of the past, Rosberg is open to repairing the damage done to his relationship with Hamilton, “Look, we were really good friends back in the day and I still have a lot of respect for him and always will have.”

“In private he’s a good guy, so of course it’s always different the way you get perceived on camera and how you are in that big F1 world, but in private I can say he is a really good guy with some good values. So I hope maybe with time one day we can get back to getting on better.”

Reflecting on their rivalry, Rosberg said, “That sort of battle, it doesn’t get better than that. Racing against one of the best of all time in the same car as you … awesome. And then to come out beating him at the end, better than that is not possible and that’s why it gave me such fulfilment for my career. It couldn’t have ended in a better way and the opponent counts in that.”

For Rosberg, one F1 title was clearly enough to fulfil his career ambitions. He has no desire to return to the cockpit in the foreseeable future and right now he is tackling a myriad of interesting projects, “[My goal is] to be a very good ambassador to brands.”

“And then other challenges? The whole investment challenge. I’m really enjoying looking into that, discovering all these start-ups – people who are incredibly inventive and creative, and especially in mobility – how we are going to get from A to B in the future. It’s revolutionising at the moment.”

“For example in ten years’ time, we are going to be able to sit here, call up a drone, it is going to land at the end there and be autonomous without a pilot and it’s going to take us to the airport and just hop over there in five minutes. The way we move is going to revolutionise soon and I’m very interested in that as well,” added Rosberg.

Big Question: Is it now time for Lewis and Nico to bury the hatchet?