Marchionne: I expect much more from this team in 2018 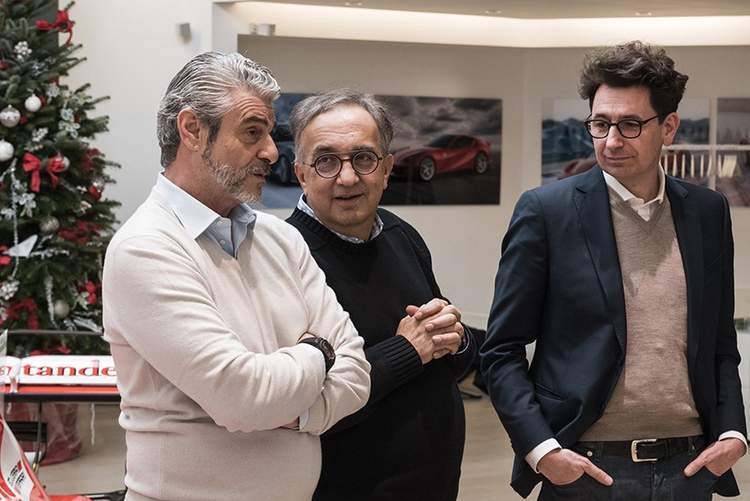 Ferrari president Sergio Marchionne has lashed out at both Sebastian Vettel and Kimi Raikkonen while demanding that the Reds raise their game in 2018 as he described the latter half of their 2017 season as embarrassing and unpleasant.

Speaking on the occasion of Ferrari’s Gestione Sportiva Christmas lunch with members of the media, at Maranello, Marchionne was clearly not in a festive mood as he lambasted both drivers, took a swipe at the management and issued a warning to his team ahead of 2018.

Taking stock of the season past, the team president started by saying, “Considering where we started in 2016, we have made great strides, but the second part of the season has been embarrassing and unpleasant, the Asian races were an ordeal. Excluding those, Vettel would have won the title.”

“Finishing second is not a nice result. I expect much more from this racing team in 2018,” declared Marchionne.

First of the drivers in the firing line was Vettel and his temperament, “In certain situations, Vettel seems to me like a southerner [quick tempered and emotional] it is a question of his character. But he’s also a boy who thinks a lot, studies himself and I think he has learned something.”

“In 2018 we will no longer see the southerner in him. If we give him a competitive car the responsibility will lie on his shoulders to deliver. You don’t win four championships if you are not a champion.”

The Ferrari big boss added, “Raikkonen? Sometimes it is a pleasure to watch him at work but on other occasions, I do not recognise him, it seems as if he is switched off.”

“We have to find the right ‘screw’ so we can turn him on so he can be his complete best and can deliver performances like the pole at Monaco. It would be a shame if his career ended in the coming year without him showing anything.”

“He is a great driver, the talent is still there but if he does not show that it is then there will be a younger driver who will replace him. There are great talents out there like [Charles] Leclerc, [Max] Verstappen and [Antonio] Giovinazzi.”

Marchionne also revealed his frustration with Mercedes’ second-half of the season renaissance, “Until the middle of the season, they were almost naive, then, after the summer break, they became as infallible as in the past. It was a nuisance, but we can settle accounts in 2018.”

The team’s senior management was not spared, “I totally believed that these guys, with Maurizio Arrivabene as team principal and Mattia Binotto heading up the technical side, would be capable of doing something amazing. We really believed we could do much more, but in 2017 we were unable to reach our objectives.”

On another note, Marchionne had for some time talked of his desire to see Alfa Romeo back in Formula 1. True to his word in late November this became reality as a title sponsorship deal with Sauber was announced.

At the Xmas dinner he suggested that the partnership could evolve even further, “At the moment we are starting out with Alfa Romeo, but it is possible that we will also provide technical assistance in the future. The company is competent enough.”

He also confirmed, “In my mind, I also think of Maserati’s involvement in Formula 1, but not just yet. The Fiat-Chrysler group will also be present in some form in Formula E in the future.”

As for his own future, Marchionne revealed, “My mandate in FCA ends with the 2018 plan. It’s been too many years, I am tired. But I will continue at Ferrari where I see great prospects for the future.”

It was also confirmed that the 2018 Ferrari F1 challenger will be revealed on 22 February 2018.

Big Question: Is Sergio wise or foolish with his festive season rant?