Brawn: A little bit shocked at the response we’ve had 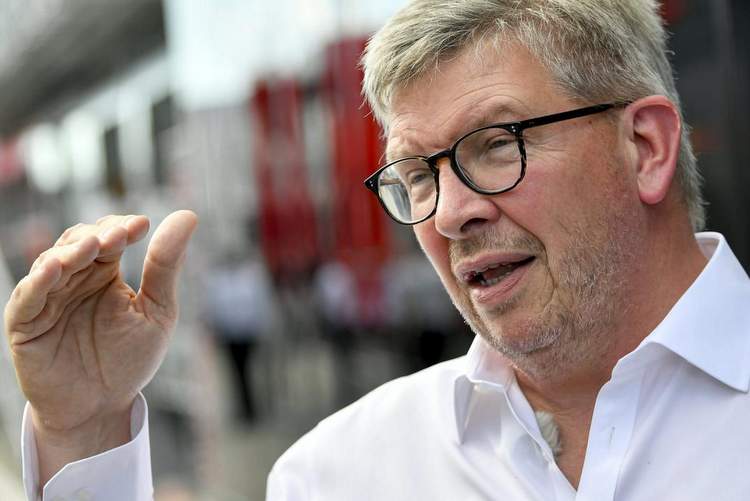 Ross Brawn, Formula 1 motorsport chief and one of the main figures involved in creating the new vision for the sport’s engines, admits that the reaction by big manufacturers to the first proposal has shocked him.

Speaking to BBC, Brawn said he was “a little bit shocked at the response we’ve had” explaining that manufacturers had all been involved in a series of workshops to formulate the concept ahead of the proposal being released.

“Reflecting on it, maybe we could have presented it differently, but I didn’t anticipate the response to be as strong as it was. We’ve had another meeting since then and I’ve made that comment. If that is the the thing people are most upset about, then I apologise.”

“But let’s not lose sight of what we are trying to do. If they were uncomfortable with the way it was presented, it wasn’t intended that way.”

“If a manufacturer can demonstrate that there is a better way of doing it than what has been proposed – namely it is cheaper, it is more appealing to the fans, it is something that a new supplier could engage with; any of those factors – then why not?”

“We are not wedded to specific solutions. We think with the expertise that we’ve got and the work we’ve done, these are the solutions that can work. If somebody suggests another solution that they think will achieve the same objective, we are not going to say no.”

Ferrari president Sergio Marchionne was one of the first to react by threatening to pull the Italian team out of the sport if the powers that be “change the sandbox to the point it becomes unrecognisable.”

Brawn acknowledged, “I recognise it is important to keep the identity of a Ferrari or a Mercedes engine. They need to be able to say: That is our engine.”

“I don’t think we have crossed that boundary but now the proposal is on the table we need to meet with these people and understand what it is they are comfortable with and what they are not. All the manufacturers like a large chunk of the proposal; it is just not the same chunk.”

Mercedes chief Toto Wolff pointed to enormous exoenditure that will be required to develop and produce new power units as per the proposal.

To which Brawn responded, “I accept it is a new engine but I think the economics of it will be justified.”

The question of money is the elephant in the room, because Liberty Media have yet to outline prize money and revenue distribution for teams in the future.

“We need to convince the teams not to throw the baby out with the bathwater,” said Brawn. “There is a bigger discussion on the whole commercial side that needs to take place. That is going to be fierce and tough but we have the technical, commercial and cost-control sides of the sport to try to push forward.”

“If we spoil that because we are having this debate about the commercial side, we are foolish, because this makes the business better and more sustainable.”

“For many years, people were critical about the lack of development of F1 on the commercial side – social media, looking after the fans, all sorts of stuff. And now we are doing it, it is going to have a price. There will be an impact to make those investments and get the thing rolling and in my view that investment will pay off in the next few years.”

“It will improve. We are conscious of the need to make sure the teams have more predictability of what the numbers are,” he pointed out.

Renault chief Cyril Abiteboul responded to the proposal by doubting that the new engine formula would attract new engine builders, as the costs to develop, produce and maintain the power units would be prohibitive. A fear reportedly shared by independents such Ilmor and Cosworth.

But Brawn insisted, “It’s still an achievable project. A sponsor could be a manufacturer, or it could be a commercial entity that wants its name on an engine in F1. At the moment, it’s not viable for anyone to come into F1. I believe we can create an environment where it becomes viable.”

The incredibly expensive and complicated current F1 engines were an attempt by the FIA to create technology which would allow manufacturers to tap into and cross-over to road car production. In other words: providing a high-tech testing and development platform for manufacturers through Formula 1.

Brawn suggests that the expected synergy has not materialised, “The technology has become very exclusive and elusive and I don’t think it’s the right solution for the sport. The FIA has recognised that having the ultimate technology is perhaps too high a price, even in F1.”

“It has recognised there has to be a balance between between road-relevance, technology and what is the most sensible engine to have in F1 because the costs of the engine have got so high.”

Neveretheless the FIA are working hand-in-hand with Formula 1’s new owners on the engine road-map for the future, “We’ve become involved. I felt [Liberty Media] always should be involved and we have added to the capacity for the FIA to analyse and regulate the sport.

“The working parties in this and other areas are pretty much joined at the hip,” confirmed Brawn.

Big Question: Are big manufacturers being unreasonable with regards to the new era F1 engine proposal?