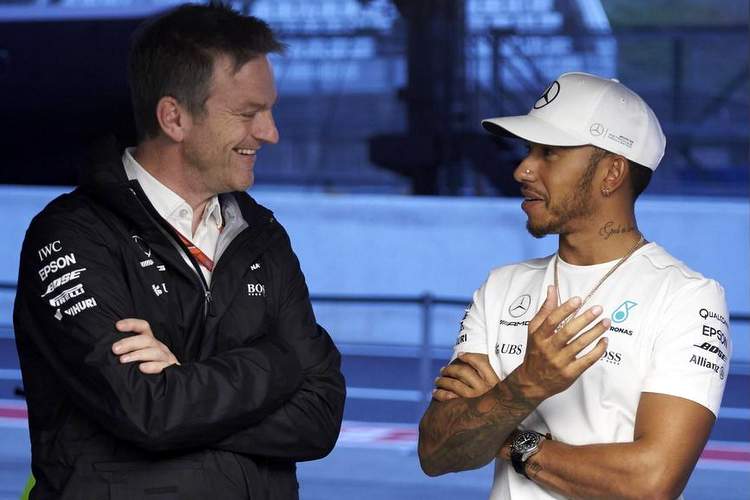 During his career with the Formula 1’s top teams, James Allison has worked with some of the sport’s finest drivers, now as part of the Mercedes juggernaut he has entered the world of Lewis Hamilton and the highly rated engineer is clearly impressed by the way the four times World Champion goes about his business.

In a recent interview, Allison revealed, “He’s got far more in common with the other great champions than things that are different. His hunger to win, even after being on the right end of nearly all the records in the sport, is just astonishing.”

“The most remarkable thing about him is just his raw, raw speed. You don’t get all those pole positions without being a pretty special controller of the car. I think I’m very lucky to work with a whole bunch of very good people, but his ability on a Saturday is second to none. And he rarely drops the ball on race day having put it on pole on Saturday.”

Allison, who has worked with the likes of Michael Schumacher, Fernando Alonso, Kimi Raikkonen and Sebastian Vettel, joined Mercedes in February this year.

Earlier this year admitted that he did know what to expect of Hamilton, but soon after was massively impressed by the driver as a man.

Since then Allison’s admiration has grown, “His disappointment in himself when he makes very rare, normally quite small, errors is also very admirable. I’ve worked with drivers who tend to lash out when they screw up; Lewis doesn’t do that. That’s a pleasurable aspect of working with him.”

“When we screw up, and we have done on a number of occasions this year – most notably the headrest incident in Baku – he’s been completely and utterly calm and reasonable about it, even though the points swing created by an event like that is big.”

“Similarly, when we were forced to ask him to take a gearbox penalty in Austria, same deal – it just didn’t faze his approach to the weekend. Those are nice things when a driver’s like that.”

“Earlier in the year, I’d spoken about the fact that he was impressive as a man. I imagine there’ll be people hearing that who see the Instagram Lewis and the fashion Lewis, who’d be thinking: Really? You’ve got to look at his career as a whole.”

“Every great champion we’ve seen in recent years, in some way or another they’ve done something really ugly on the track that we’d all love to excuse somehow or another because we like our heroes, but you just look at it and go: No, that’s just plain ugly. He’s not.”

“He just goes out and races with his huge gifts, and when actually he’s called to do something that is the right thing to do, he steps up and does it – even when it is very, very difficult to do it and the whole world is watching. That’s the sort of thing I mean when I say he’s impressive as a man,” added Allison.