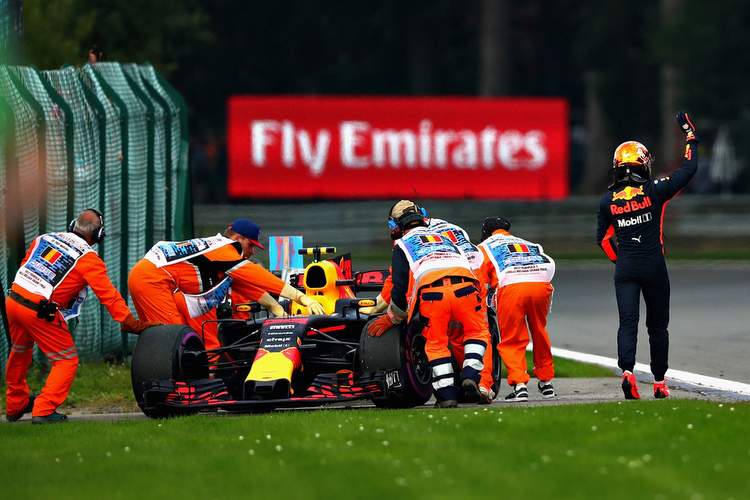 Red Bull boss Christian Horner has pointed to bad reliability as the biggest enemy of the team in 2017 and cost them what might have been second place in this year’s constructors’ world championship, his observations could also be interpreted as an early warning to Renault ahead of the 2018 season.

The energy drinks team run TAG Heuer badged Renault power units which contributed to the bulk of the team’s 13 DNF’s and countless grid penalties for their drivers Max Verstappen and Daniel Ricciardo this season.

Horner pointed out during an interview with Sky Sports, “If you look at the number of points we have given away through unreliability, it’s close to 160. Engine reliability has hit us really hard. At the beginning of the year we undelivered on the chassis, we didn’t hit the ground running. We understood those problems quickly and moved to address them quickly.”

“We have DNFed in far too many races. The RB13 has DNFed in 13 races and has had 13 podiums! We need desperately the engine to concertina in performance. Mercedes were in a class of their own. Hats off, they are doing a great job but engine performance is a key differentiator.”

Red Bull scored three victories in 2017 and finished third in the constructors’ championship, but ended the season a massive 300 points adrift of world champions Mercedes and 150 points down on Ferrari.

Horner added, “We will take all the lessons from this year into next year and we have a lot to be optimistic about. We are hopeful that the engine situation will improve and we are getting a lot of promises that will be the case.

“But what’s been really encouraging is the last 25 percent of the season. We have had one of, if not the, strongest cars. If we can take that on RB14, we can give Merc and Ferrari a closer fight.”

Next year the engine quota for drivers will be reduced from four to three power units and related elements for the duration of the season.

Horner is adamant that the engine limitations are a mistake, “Going to three engines for 21 races is nuts. Contrary to whatever Toto says, his non-executive chairman [Niki Lauda] was arguing for four engines earlier in the year because it is a false economy.”

“I would hate to see the championship decided on grid penalties,” concluded Horner.