Tilke: No overtaking is by no means the fault of the track 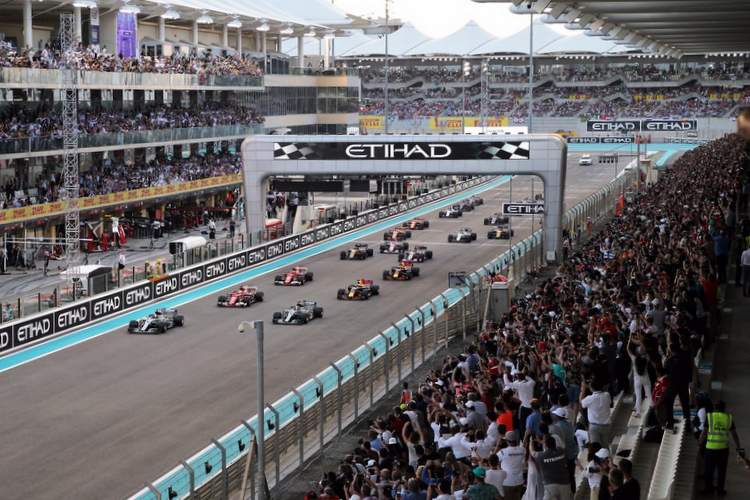 Herman Tilke, the man responsible for designing the Yas Marina Circuit, denies that the track layout can be blamed for delivering the dull season finale Abu Dhabi Grand Prix but admits he has an idea to bolster overtaking at the circuit.

Yas Marina Circuit is a spectacular venue, has all the mod-cons with facilities second to none on the Formula 1 calendar. But it is a venue that simply does not provide action-packed Formula 1 races, instead, fans are generally treated to dreary races as was the case at this year’s championship ending grand prix.

But Tilke, whose company designed the venue, said, “In this race, the fast cars were ahead of the slow ones so there was no overtaking. But that’s by no means the fault of the track.”

Lewis Hamilton, who finished second on the night, declared afterwards, “I just gave it everything, every single lap. It’s very, very hard to overtake here, so once you get to the last sector I struggled, but I gave it everything.”

And added, “I don’t know if it was an exciting race for you guys to watch in terms of overtaking but it’s one of the worst tracks in the sense that you need 1.4s advantage to pass the car in front, and so, we’ve got the same car, we’ve a couple of tenths between us – so I was never going to overtake unless he made a big mistake and went off – and even then they have massive run-off areas and you can still keep it on. So…”

Despite denying that the track does not offer opportunities for close racing, Tilke acknowledged, “We will certainly discuss this further. I already have a small idea of changing one corner that will probably have a big effect.”