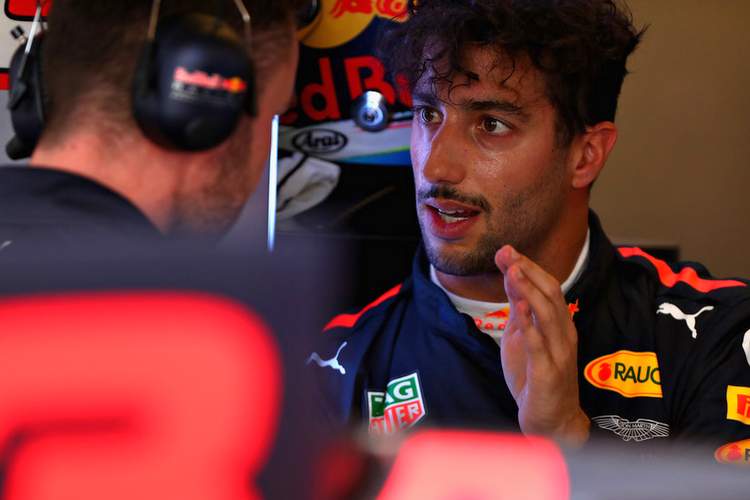 Daniel Ricciardo was lucky when he flipped the bird at Romain Grosjean, during the second free practice session  for the Abu Dhabi Grand Prix, that he did not do it on a public road in the UAE as the gesture is illegal in the country, and it is not uncommon for those who are bust doing so ending up in prison.

Grosjean got in the way of Ricciardo during a hot lap and the following radio comms between the Aussie and his race engineer ensued:

While the message was being broadcast the TV feed showed Ricciardo take one hand off the wheel and raise a middle finger as he drove alongside Grosjean down the main straight.

Afterwards, the Australian played down the incident,  “I had a bruised finger! I had an oversteer, and I was just shaking it off.”

“[Grosjean] didn’t mean it. It is only practice, so I am not phased by it. Heat of the moment. It was frustrating, I am on a heater and he is on an out lap. Was it good TV?” added Ricciardo.

The UAE has stringent rules regarding middle finger insults, and it is not uncommon for men and women found guilty of using the gesture in public to be imprisoned for up to a month for the ‘crime.’

Gulf News reports that in October this year a man was jailed for flipping the bird during an altercation in a bar. The Dubai Misdemeanours Court sentenced the Briton to one month in jail for indecently gesturing in public and was also handed a deportation order.

It’s highly unlikely that Ricciardo will face a similar fate, but such an action outside of the circuit, in a public area with witnesses, could have meant a legal hassle and even jail time.