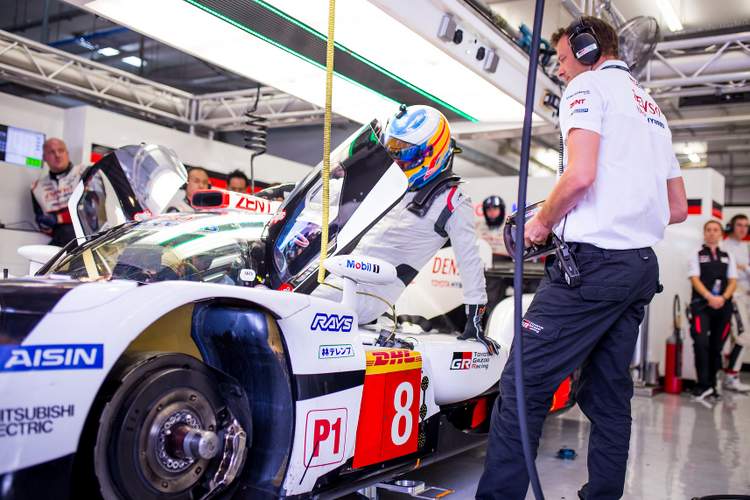 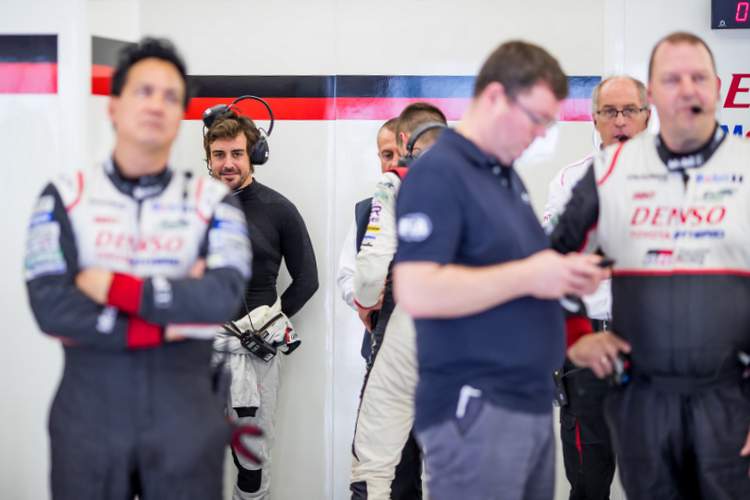 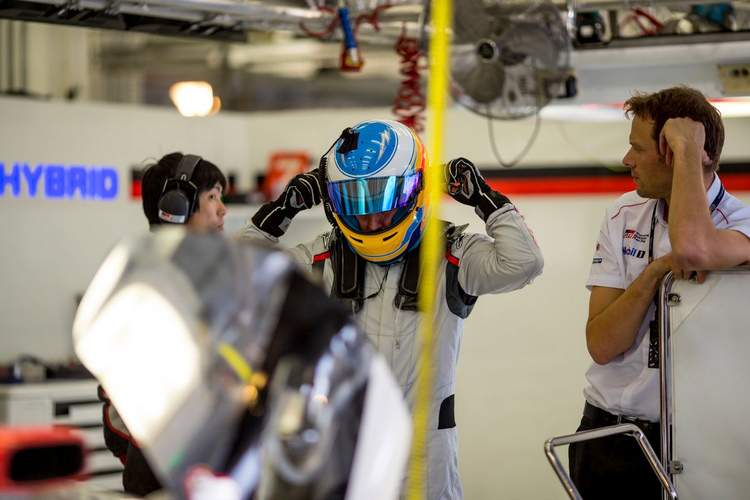 The prospect of Fernando Alonso racing for Toyota at Le Mans this year moved a step closer to reality after the Japanese manufacturer confirmed he would test with the World Endurance Championship (WEC) team in Bahrain today (Sunday).

The 36-year-old McLaren Formula 1 driver, who attended the race in Bahrain as a spectator (above with Mark Webber on the grid), will drive the Toyota TS050 hybrid car in the one-day rookie test at the Sakhir circuit.

The test comes a day after the final race of the world endurance season, the Six Hours of Bahrain, with Alonso then travelling to Abu Dhabi for the year’s closing grand prix at Yas Marina.

The Spaniard visited Toyota’s Cologne factory on 7 November for a seat fitting and simulator session.

“We are very excited that Fernando will test our car. When he visited us in Cologne everyone who met him could sense his enthusiasm and passion for our sport; he is a true racer,” said team president Hisatake Murata in a statement.

“We very much respect his interest in different forms of motorsport and it is a pleasure to offer him this chance to drive a hybrid LMP1 car.”

Double F1 world champion Alonso, who competed in this year’s Indianapolis 500, has set his sights on completing the so-called Triple Crown of motorsport.

He said of the test, “I’m very happy, I think it’s a great opportunity to drive these cars, it’s a small gift that Toyota has given me. We’ll see if I’ll get to Le Mans, it’s completely open.”

The feat, only achieved by the late British driver Graham Hill, involves winning Indianapolis, The Le Mans 24 Hours sportscar car and the Formula One world championship.

Some consider the Triple Crown to be the Monaco Grand Prix, rather than the world championship, but Alonso has in any case won both.

The Spaniard will compete in the Daytona 24 Hours race in January as part of his preparations for an eventual Le Mans challenge.

Toyota, who have never won Le Mans, have yet to confirm their continuation in the world endurance championship next season but are expected to stay as the sole major car manufacturer.