Lauda: Liberty vision for future of F1 is worrying me 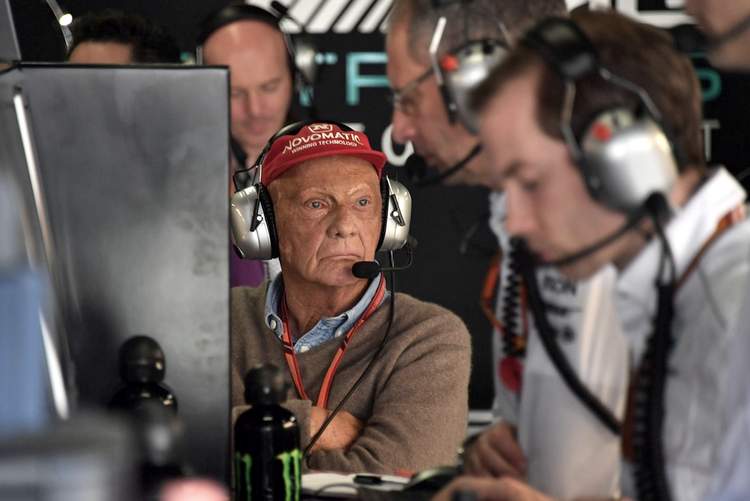 Niki Lauda has added his voice to those expressing growing concern about the future direction of Formula 1 under new American owners, Liberty Media.

During the Brazilian Grand Prix weekend and only days after recent threats by Ferrari that they may walk out of the sport if a package of new engine proposals is introduced, Lauda has highlighted the fears of many paddock observers.

The three-time world champion, who is a non-executive chairman of the Mercedes team and a long-time friend of former commercial boss Bernie Ecclestone, made clear that he has doubts about the new regime’s understanding of F1, its history and traditions.

And he mocked some of the cost-cutting ideas for greater entertainment as delivered in a recent proposal on behalf of Liberty by chief executive Chase Carey, motorsports boss Ross Brawn and the ruling body, the International Motoring Federation (FIA).

“I’m worried,” said Lauda. “It’s right that the American owners needed time to understand what F1 is, but that is about to expire. And what they think about the future is worrying me.”

In an interview with La Gazzetta dello Sport, the Italian sports daily, he added that it was misguided for the new owners to seek to improve the entertainment value of F1 by following gimmicks in other sports.

“The FIA, Chase Carey and Ross Brawn repeat that we need to level off the performance, but the DNA of F1 is the opposite,” he explained.

“You are a fool if you think, that to make Grands Prix more attractive, you need to have a different winner every weekend. F1 is about competition.

“Developing cars is one of the important foundations, as well as the bravery of the drivers. Instead, you want to penalise the best teams, and protect the drivers as if they are babies – with the introduction of the halo, for example.”

Lauda’s outburst follows strong words from Ferrari chief executive officer Sergio Marchionne who said the Italian team would pull out of F1 if the proposed update to the engine regulations, from 2021, is not modified.

Ferrari’s disappointment in Liberty’s proposals came as the new owners announced this week that prize money income for the teams would be cut for the first time in recent history.

Annual figures revealed that the pool of cash available for distribution, for the latest quarter, is down 13 per cent from $316 million to $273 million.

Ferrari, as the oldest and most successful entrant, receive more of these revenues than any other team.

Lauda said he was concerned at these figures and the absence from Liberty’s plans of a scheme for enhancing revenue streams. He said he accepted that “cheaper engines for all” was a laudable goal.

“I’m sure that we will find a satisfactory compromise for that, but the heart of the problem is something else,” he said.

“In the face of cost growth of some 70 million euros from one year to the next, revenues have declined, but where do we want to go from here? There should be ideas for generating more money, but I do not see them.

“I heard from (Liberty commercial boss) Sean Bratches, who would like to see the drivers accompanied with grid kids. Is imitating football having new ideas?”

Lauda, like many team bosses, believes the sport needs a much more comprehensive masterplan for the future.

“It needs a more open project,” he said. “For example, a budget cap. It is logical and correct, but it needs a three-year plan to realise it. We have employees, so what do we do with them? Do we just cast them off and throw them on the road?

“For now, Liberty has only announced that they want to introduce it, but they have not explained how they intend to realise it,” added Lauda.