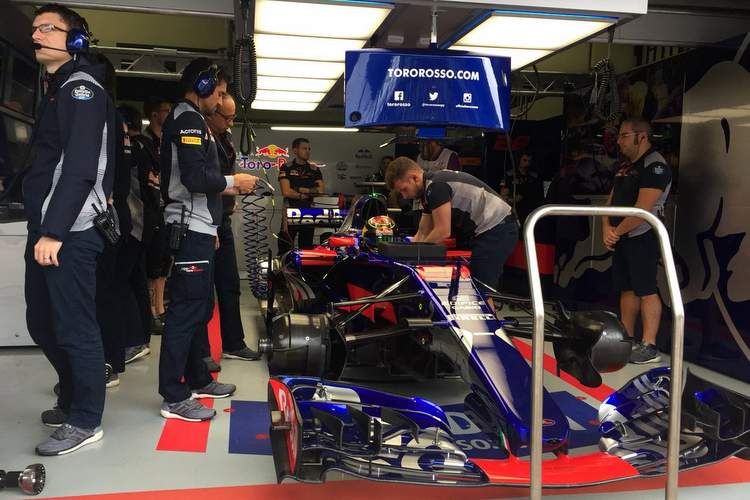 Red Bull moved to calm tempers after a row between engine supplier Renault and Toro Rosso team boiled over at the Brazilian Grand Prix on Saturday.

The public war of words at Interlagos had raised fears that Red Bull-owned Toro Rosso could be left without engines for Formula 1’s season-ending Abu Dhabi Grand Prix later this month.

Toro Rosso were stung by comments from Renault F1 boss Cyril Abiteboul, with the Frenchman wondering whether their spate of recent engine problems had something to do with how the team used the power units.

The team angrily rejected that and hinted there might be a connection to the intense battle with the Renault works outfit for sixth place in the championship.

“We mustn’t forget that they (Renault) are fighting with Toro Rosso for a better position in the Constructors’ championship,” the team said in a statement. “As suggested by Mr Abiteboul, the situation may not be a coincidence, but it is certainly not due to STR’s car.”

“We would never play any dirty game to get one position,” the Frenchman told Sky Sports television, admitting that Renault were struggling with reliability and spare parts at the end of the year.

“They will have an engine in Abu Dhabi, there is no question about that.”

Renault, and customer teams Red Bull and Toro Rosso, have all suffered poor engine reliability in the second half of the season but the latter outfit — who are switching to Honda next season — have been hit more than others.

Abiteboul and Red Bull consultant Helmut Marko were seen having a heated discussion in the paddock after Toro Rosso issued their statement.

Red Bull, who won four constructors’ and drivers’ championships in a row with Renault engines between 2010 and 2013, then issued a conciliatory comment from Marko.

“Over the last 10 years, many successful, we have been through every emotion with our current engine supplier,” he said.

“As usual at the end of another long season, emotions are running high but it is a valued relationship and will remain so,” he said.

“There has never been any question that we have not been treated fairly and equitably by our engine suppliers. And that is still true today.”

Toro Rosso principal Franz Tost said the shortage of new parts was the problem, with the team having to take components from one power unit to the next.

“We are both upset but who started with all this nonsense? It was Cyril yesterday, with his stupid interview…and therefore we came out with our statement,” he told Sky Sports television.