Carey: We don’t plan to be NASCAR 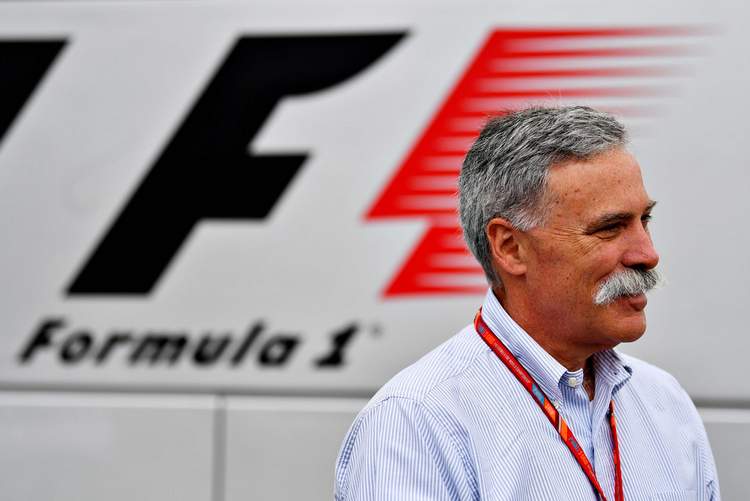 Formula 1 has no desire to emulate NASCAR, chairman Chase Carey said ahead of the Brazilian Grand Prix in response to criticism from Ferrari boss Sergio Marchionne about increasing standardisation in the sport.

Marchionne had warned last week, after manufacturers were presented with proposals for a new engine from 2021, that Ferrari could walk away if it did not like the sport’s direction.

“Actually I don’t think we have a differing view to Ferrari,“ he said. ”I’m not trying to be derogatory towards NASCAR, but we don’t plan to be NASCAR either.”

“We don’t want to standardise the cars. We don’t want 20 identical cars going round the track, and the only difference is the driver,” he added.

“We want all the teams to have the ability to do what they do to create cars that are unique to them — unique engines to them, unique bodies to them.”

The new engine envisaged for 2021 aims to be simpler, cheaper and louder to satisfy fans who yearn for more noise than provided by the current V6 turbo hybrid power units.

Carey, who replaced former commercial supremo Bernie Ecclestone in January when Liberty took control, said Formula 1 wanted to reduce the cost of competing with some sort of spending limit imposed on all teams.

The aim, he added, was to make success dependent more on how well teams utilised their resources rather than how much they spent.

“But we want the cars to be unique. We want each team to have the ability to have a car that is unique to it,” he emphasised.

”We want teams to compete to win, but we want all the teams to have a chance. It’s never going to be equal, there are going to be favourites that evolve, but over time we want the teams to feel they all have a fighting chance.

The engine proposals have met some resistance from manufacturers, wary about the increased costs of development and losing their advantage if the engines are no longer such a defining factor.

The sport is also braced for a much thornier subject, however — that of a more equal distribution of revenues between teams.

Ferrari currently receive far more than others, due mainly to their historic contribution to the sport and other special payments.

While some of the big teams like Ferrari spend in excess of $300 million a year, smaller independent outfits compete on budgets of around a third of that.