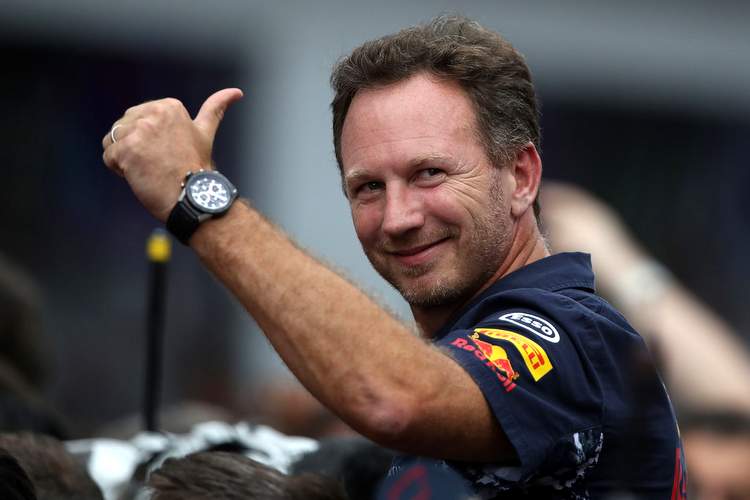 While Ferrari, Renault and Mercedes have frowned upon the new Formula 1 engine vision presented to them recently by the sport’s new owners, Haas team principal has applauded the initiative and has now been joined by Red Bull chief Christian Horner who gave the 2021 engine concept a resounding thumbs up.

Horner told Motorsport Magazine, “I came back from the meeting in Paris and I have to say I was very encouraged with what I saw. For once the FIA and FOM were absolutely aligned in what their vision of an engine is for the future. The really encouraging thing for me, it wasn’t so much the specification.”

“I would love to have a V10 or V12, a high screaming naturally aspirated engine. I’m a bit of a dinosaur like that but I accept that we live in a modern world and a V6 turbo engine has been elected. They’ve put a key amount of focus on several factors — one being the sound. It’s got to come back into F1, it’s part of the heritage, the makeup.”

“The other is that for an independent team such as Red Bull is really encouraging is that they want to ensure as a customer you get absolute parity, not just on product but on electronics as well, so electrical settings will have to be homologated. So the FIA will have to say: like for like they’ll have to be the same as on a works car.”

“The other thing is that there’ll be large elements of standardisation of certain components like turbos and perhaps prescriptive design. There’s going to be less variance between engine manufacturers. We have too big a spread at the moment and it puts too much pressure on the chassis side of things.”

“I think the FIA has basically looked at the engine and said: one, it costs too much; two, it’s not delivering from an acoustic point of view; and three, it’s too much of a performance differentiator from the best to the worst and I think they’re really narrowing that gap.”

“As an entrance, your biggest or bigger influence will be on chassis. Obviously, there’s a few engine or works thing that weren’t as happy with that outlay because that’s dumbing down one of the key elements of F1. But I think the drivers are the biggest importance, teams or chassis secondary, and the engine tertiary,” concluded Horner.